Williamson and Raab not sacked due to incompetence, says defence secretary


The defence secretary, Ben Wallace, has said Boris Johnson did not sack or demote MPs from the Cabinet because of their incompetence.

Wallace said characterisations of Gavin Williamson, who was sacked as education secretary, have been “unfair” and said Dominic Raab was not demoted from foreign secretary because he was holidaying while Kabul was falling to Afghanistan.

Wallace told BBC Breakfast the prime minister had removed people from government “not because they’re incompetent, not because they weren’t loyal enough” but because he had to “refresh his team”.

Wallace said of Raab: “Dominic is by trade a lawyer, he started his life in the Foreign Office as a human rights lawyer and he’s gone to the Ministry of Justice, which is actually a very, very important role and a role he desperately understands.”

Wallace also said that improving women’s representation in the Cabinet was key in Johnson’s thinking. Speaking on Sky News, he said: “The prime minister wanted to bring forward a number of women MPs, he’s determined to both level up not only in the country but also in my party’s representation around the Cabinet table.”

He defended the appointment of Nadine Dorries as secretary of state for Digital, Culture, Media and Sport, saying: “I think Nadine Dorries is actually a bestselling author … She’s sold thousands and thousands of books and now if that isn’t part of culture, media and sport, I don’t know.

“What’s great about Nadine Dorries is she produces culture that people buy and actually want to see rather than some of the more crackpot schemes we’ve seen being funded in the past by taxpayers’ money.”

Meanwhile, the former head of Ofsted, Sir Michael Wilshaw, has said the new education secretary, Nadhim Zahawi, has a “big job on his hands”.

“The new secretary of state has a big job on his hands to stabilise the education system and restore confidence amongst head teachers and teaching staff, which has been badly damaged.

“He’s got to be a powerful voice in Cabinet. When I was a head teacher, I was inspired by strong secretary of states.”

He said the government should have listened to Sir Kevan Collins, who was appointed as an “education recovery” tsar but quit in June after a row over funding.

See also  SQA under fire after downgrading 124,000 predicted exam results
Share on FacebookShare on TwitterShare on PinterestShare on Reddit
newscabalSeptember 16, 2021 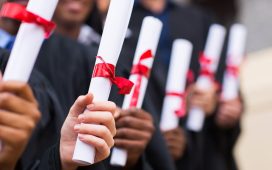