NEWSCABAL
Home » Will the next gen Xbox go the way of the Dreamcast? – Reader’s Feature
gaming

Will the next gen Xbox go the way of the Dreamcast? – Reader’s Feature


A reader draws parallels between the consoles of Sega and Microsoft and warns Project Scarlett could earn the same fate as the Dreamcast.

That time is almost upon us once again, the time when console platform holders will begin hyping their next wave of gaming hardware. In the next 12 months we’ll surely see Microsoft and Sony taking to stages, talking about graphics, processors, GPUs, teraflops; flashing nondescript images of console circuitry which will mean little to any of us and playing highlight reels of impressive looking games that may or may not be representative of actual software. The talk, trailers and occasional barbs make it seem like they’ll be promoting a WWE wrestling event.

Yes, next year, the console wars begin again, and for Microsoft I personally feel that this may be their last roll of the die.

Let’s get the obvious out of the way first, the Xbox lost the current generation in a big way. Microsoft provided further evidence that third system syndrome is real, with the Xbox One joining many other underperforming third efforts such as the Atari 7800, PlayStation 3, N64, and Sega Saturn.

I find the last console in that list intriguing as the more I thought about the endeavours of Microsoft in the console space, the more I saw similarities with Sega.

Both saw their early entries enter generations with more powerful hardware (Master System/Xbox) than the market leader (NES/PlayStation 2) and despite finding success in certain Western regions, and gaining strong cult followings, they were never quite successful enough to truly challenge the incumbent rulers of the console division at the time.

The successor to that console was therefore a plucky underdog. Both the Mega Drive and Xbox 360 came to market early and captured its key rival’s core audience for a while in one of the most evenly contested hardware battles of all time, against what was commonly considered technically superior opposition in the SNES and PlayStation 3. But while many fans were made, and the consoles were undoubted successes, both efforts by Sega and Microsoft ultimately ended losing to Nintendo and Sony, respectively, in the long run – underpinned by the Mega Drive and Xbox 360 underperforming in Japan.

You can even look at the add-on hardware Sega and Microsoft have offered. Both decided to release hardware to augment their existing, and most successful, consoles with peripherals which reflected what was in vogue. For Sega the rise of CD storage and NEC’s success with the PC Engine CD-ROM necessitated the birth of the Mega CD, while Microsoft saw the rise of motion controls and Nintendo’s success with the Wii and felt that Kinect was a viable way to increase the system’s lifespan.

Both add-ons were initially moderately well received but were later looked back on as mistakes (though the Mega CD has gone full circle and has something of a cult following now, I expect Kinect to do the same). And lo, they were the first of many missteps that ultimately doomed their next system.

The reasons for the relative failure of both the Xbox One and Sega Saturn are too numerous to document, but in both cases you can pinpoint the E3 before their respective console launched as the time when their fates were sealed.

For Sega, the console was perceived as underpowered compared to its rival, with a focus on 2D that was considered old hat, confounded by a price that many punters balked at. All Sony needed to do at E3, to put PlayStations in gamers’ homes, was utter one phrase: $299.

For Microsoft, the console was perceived as underpowered compared to its rival, with a focus on motion controls that was considered old hat, confounded by a DRM strategy that many punters balked at. All Sony needed to do at E3, to put PlayStation 4s in gamers’ homes, was utter one phrase: that the console could operate offline and used games wouldn’t be a problem (It did help that it was cheaper too).

Before we get to console number four, let’s take a diversion into the PC space. Both Sega and Microsoft saw their key franchises released on PC while fighting fiercely in their respective console wars. For Microsoft this was expected to a degree, with Halo, Forza, Gears Of War, and more making their way to the platform. For Sega, it was less expected, but not seeing the PC as a threat to their console business they saw fit, under the Sega PC brand, to release games in series such as Sonic The Hedgehog, Virtua Fighter, Sega Rally, and more.

With all that in mind we know precious little about Microsoft’s Project Scarlett, but from what we do know about Microsoft’s strategy we can compare it to Sega’s fourth and final major system, the Dreamcast. The Dreamcast aimed to course correct following the missteps of the Saturn and much of this can be seen on Microsoft’s side too, as they prepare their next console.

The rapid acquisition of development studios to bolster the next Xbox’s portfolio is an approximation of Sega’s purchase of Visual Concepts, their partnership with studios such as Azure and Appaloosa, and the reorganisation of their internal teams.

Then there’s the desire to have a Halo game launch with their new console, which mirrors Sega’s decision to do the same with Sonic. Halo Infinite is Scarlett’s Sonic Adventure.

Sega certainly wooed gamers by saying all the right things back in 1998 and Microsoft have been doing much of that over the past few years. But one thing that Microsoft have going for them that Sega didn’t (aside from the mountains of cash unrelated to gaming, in comparison to Sega’s near bankruptcy) is Game Pass.

Game Pass has been a hit, the Ultimate version, which combines Xbox Live and the PC pass is a masterstroke. In time, this will be further complimented by what we are led to believe will be a best in class streaming service. It currently leaves the Xbox brand in a very strong position. With Game Pass, Project xCloud, and Microsoft’s mighty coffers, the next Xbox surely couldn’t go the way of the Dreamcast, could it?

Actually yes, it could. Phil Spencer certainly hasn’t shied away from suggesting Xbox games could go multiplatform. You have Cuphead and Ori on the Switch, the aforementioned PC support which now includes Steam, and finally Phil mentioned this year that he wouldn’t mind Gears Of War appearing on PlayStation.

It seems to me that Microsoft have hedged their bets for the next generation, and should their next box fail, they’re well positioned to join Sega as a software-only company when it comes to next generation hardware.

Xbox Two going the way of the Dreamcast? Stranger things have happened… 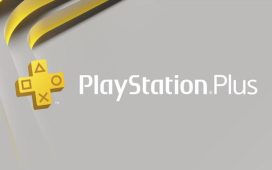 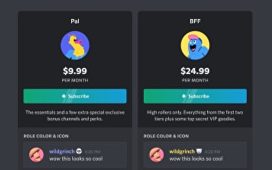 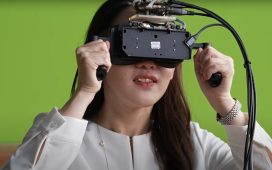 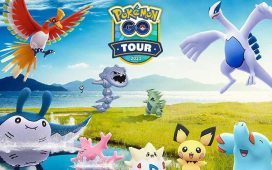 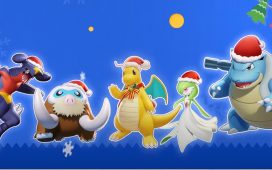