NEWSCABAL
Home » Will it be the Bank that stole Christmas by putting up rates?
finance

Will it be the Bank that stole Christmas by putting up rates?


After Rishi Sunak’s budget, it’s over to the Bank of England. On Thursday this week Threadneedle Street will put an end to the frenzied will-they, won’t-they speculation on the matter of whether we are about to see the first interest rate rise since the onset of Covid-19.

Financial markets are betting this is the moment of lift-off from the current historic low of 0.1%, against a backdrop of soaring inflation and with the economy within a hair’s breadth of its pre-pandemic peak.

Households are warned of a triple whammy: the squeeze on living costs from high inflation will be compounded by the chancellor raising taxes, and the central bank ramping up borrowing costs.

However, be careful when throwing your chips in with City speculators betting on a rise this week. Although it’s clear the only way is up for borrowing costs, the timing is by no means guaranteed.

Tasked with bringing inflation of close to 5% next year back down to its 2% target, the Bank’s monetary policy committee (MPC), which sets interest rates, has plenty of reasons to sit and wait.

Global supply chain disruptions are the main drivers of Britain’s recent inflationary burst, but the expectation is that bottlenecks should settle next year. In the meantime, tweaking interest rates will not produce more lorry drivers.

Economic growth has faltered amid the disruption in recent months, while consumer confidence has tumbled and coronavirus infections have remained stubbornly high. With a difficult winter still to come, raising rates to take some heat out of an already cooling economy could prove shortsighted.

Some MPC members are instead urging caution, believing more time is necessary to gauge the impact from the end of furlough in September, and to see if inflation driven by shortages spills over into more pay increases for British workers.

If official forecasts at the budget are anything to go by, a spiral of inflation leading to higher wages is unlikely any time soon.

According to the Institute for Fiscal Studies, a decade of stagnant pay growth is on course to become two – the worst period for rising living standards in modern British history. It’s hardly an appropriate backdrop for the first rate rise since the pandemic began.

For these reasons, Thursday’s rate decision is more likely to be a finely balanced affair. With some MPC members preferring to wait, the vote on the nine-member rate-setting panel will probably be split. Lift-off could be delayed to December. Or later. Andrew Sentance, a member of the MPC between 2006 and 2011, believes February would be a more fitting moment.

Scrooge-like rate increases before Christmas are rare, with only one December rise since the mid-1970s. Such a move would come outside the Bank’s normal cycle of monetary policy reports and press conferences, which explain its actions in detail. Breaking with this pattern could signal that the Bank has fallen behind the curve.

Andrew Bailey, its governor, has been playing his cards close to his chest. City economists are taking his apparent reluctance to talk down financial markets as a tacit acknowledgement that rates will now rise.

Economists at BNP Paribas term it the “sound of silence” from Bailey but it’s a delicate position to be in, with financial markets effectively painting the governor into a corner. Raising rates on Thursday would fit the picture, but a pause for breath could well embarrass the governor.

For the successor to “unreliable boyfriend” Mark Carney, who disappointed the City narrative in 2014, it could be history repeating itself. 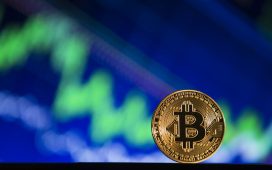 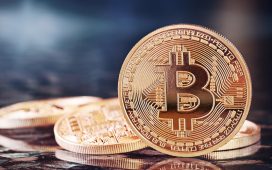 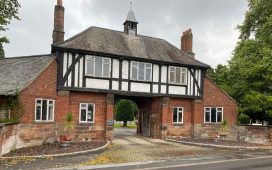