NEWSCABAL
NEWSCABAL > lifestyle > Why we secretly love being scared
lifestyle

Why we secretly love being scared


With Halloween just around the corner, it’s the season to enjoy haunted houses, scary stories and horror movies.

But why do we love scaring ourselves silly quite so much? Turns out science might have the answer…

My grandmother lived in a village in the North Yorkshire Dales. I loved the barren beauty but there was something about the dark, rolling moorland that unnerved me, a fear heightened by my grandmother’s ghost stories about bloodthirsty sheep stalking the moors.

I’d clamber into bed only after comforting myself with many under-bed inspections.

I’m now in that sweet spot: confident that bloodthirsty sheep won’t savage me in my sleep and able to enjoy the thrill of a good scare.

Last week, I was in Germany’s Harz mountains, hiking the Witches Trail, a route that winds through creaking woodland towards north Germany’s highest mountain – once, as the name suggests, a meeting point for witches.

And a few years ago, I sailed along Mexico’s Xochimilco canals to Isla de las Muñecas where decapitated, eyeless dolls hang from trees, supposedly as tributes to a girl who drowned nearby.

Recently, I joined a Hound Of The Baskervilles-themed tour of Dartmoor on a glorious weekend seeking out Arthur Conan Doyle’s phantom dogs.

And I’m not alone in my love of fear. Alton Tower’s annual Scarefest has nothing on this year’s events, which include the seances held in late October at County Durham’s Beamish Hall, a PADI-organised Halloween dive into the murky waters near Lancashire’s Devil’s Bridge, and a night sleeping in Warwick Castle’s haunted grounds.

But why do some people relish being scared? Dr Dean Mobbs, a California Institute of Technology neuroscientist and expert in fear, says there’s a logical reason for our love of a good fright.

‘When we’re scared, our bodies prepare for attack by producing opioids to prepare for pain,’ he says. ‘When we enter horror houses or watch scary movies, the knowledge that we’re safe but simultaneously in danger causes the release of neurotransmitters that excite us.’

Weirdly, my most frightening experience to date was the time I took on the role of the scarer, going undercover as a scare actor at Universal Orlando’s Horror Nights.

I assumed I’d poke around the wardrobe department and watch make-up artists slap on some fake blood.

Universal had other ideas, starting with a makeup session that saw prosthetic scars and slashes moulded on to my face.

Being turfed out into the theme park and told to leap out behind unsuspecting visitors and crawl along the ground like a zombie was the most terrifying thing I’ve ever done (mainly because I hate acting).

But then it dawned on me: if ghosts and vampires exist, they probably hate their job. Knowing that people will run for the hills when you float or crawl into a room can’t be fun.

MORE: How will Covid-19 affect Halloween?

MORE: How to make easy meringue ghosts for Halloween with just five ingredients 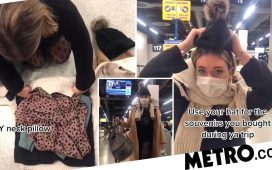 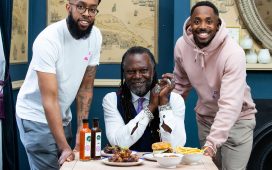 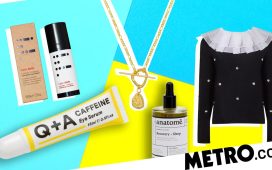 The Hot List: Autumnal fashion and beauty buys from boots to gold jewellery 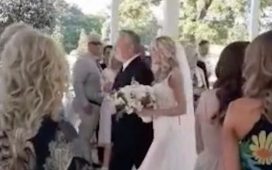 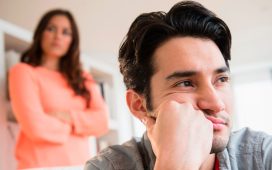 You can stay in a super scary ‘sleepless hotel’ this Halloween