Defence industry bosses have missed out on a year’s worth of hobnobbing with customers at trade fairs like the Farnborough and Paris air shows, but will have the chance to make up for lost time this week when Europe’s biggest arms fair returns to the ExCeL centre in London.

Amid tight security and demonstrations by protestors, a vast array of weaponry will be on sale at the UK’s most controversial trade fair, DSEI, which opens on Tuesday. However, it is the purchase of UK companies that is likely to occupy the thoughts of bosses – and the government – in one corner of the arms fair.

Exhibitors supplying some of UK’s most sensitive defence equipment – from Meggitt, which makes fighter jet wheels, to Ultra Electronics, whose communications gear is found on nuclear submarines – are being snapped up by foreign buyers. They promise to join a string of once-mighty defence and industrial companies, from GKN to Cobham, that have fallen prey to takeovers in recent years.

That flow of deals has prompted concerns over the “hollowing out” of British manufacturing, and the government’s apparent inability – or reluctance – to prevent the sale of some of the UK’s longest-established defence businesses. Those takeovers have also shone a light on promises made by buyers, from preserving jobs to sustaining investment in Britain, and whether they amount to anything. The government has wavered between a desire to promote post-Brexit Britain as a free market open to global business and pleasing voters in newly won areas of the country with a traditional reliance on manufacturing jobs.

The approach has tilted towards the active end under Boris Johnson. The government has intervened in a takeover on national security grounds 15 times since the Enterprise Act was introduced in 2002. But five of those have occurred in the last two years, and legislation taking effect on 4 January will make it easier to intervene on security grounds.

“One could argue that the capacity and the legislative framework to make these decisions with regard to national sovereign capability has not been present,” he said. “So inevitably these considerations come late in the day and it’s hurried.”

The government has set up a new directorate within the Ministry of Defence to focus on industrial strategy after the pandemic highlighted the armed forces’ reliance on global supply chains that could easily fall apart.

According to Jeremy Quin, the defence procurement minister, the new strategy will help to “retain onshore critical industries we need for our national security” while promoting the UK as a “science superpower”.

By any measure it has been an extraordinary period of buyouts and takeover approaches of UK companies, including the supermarket chains Asda and Morrisons, the property developer St Modwen and the infrastructure builder John Laing. Private equity firms have backed 16 take-private deals so far in 2021, with a combined value of $46bn (£33bn), according to the data company Refinitiv. This is well above the previous records of $41bn and $32bn in 2006 and 2007 respectively.

Rock-bottom borrowing costs and weaker valuations versus US rivals have put big industrial companies, with decades of expertise and strategic importance, into play.

Meggitt claims technological heritage stretching back to instruments for hot air balloons in the 1850s; it is likely to be bought by the US company Parker-Hannifin for £6.3bn. Instruments made by a predecessor to Ultra received the Titanic’s mayday call in 1912; it is subject to a £2.6bn bid by the aerospace group Cobham. Cobham, which was founded by the British aviation pioneer Alan Cobham in 1934, was itself taken over by the US private equity firm Advent last year in a £4bn deal.

The Advent-backed buyout of Ultra Electronics, which makes technically and militarily sensitive “sonobuoys” for submarine hunting, is likely to be a key test of how muscular the government’s approach will be.

Kwasi Kwarteng, the business secretary, ordered Ultra to withhold information on what products it maked for the MoD while the Competition and Markets Authority investigated whether there were national security implications that warranted the deal being blocked.

Bidders’ promises are now under intense scrutiny. Advent said it would honour Cobham’s existing government contracts and also keep R&D in the UK, but that has not prevented the sale of most of the British company’s assets within 18 months of the takeover. Melrose promised to keep its headquarters and some research and development in the UK – but still closed British aerospace and automotive factories. Workers at one of those plants – GKN Driveline in Erdington, Birmingham – are going on strike in protest, but more than 500 will be made redundant next May.

Kevan Jones, a Labour MP on parliament’s defence committee, said the acquisition spree, coupled with the failure to insist that work on big government contracts stayed in the UK, could eventually end up “hollowing out” the UK’s research and development abilities. He cited the example of Cobham’s recent break-up, which he said was “avoidable”.

Other nations such as the US or France are “very protective” of their industries and see retaining domestic manufacturing abilities as part of national security, in contrast to the UK, Jones added. “I’m not closing the door to foreign investments, but we’ve got to make sure there are firm commitments in terms of jobs.” 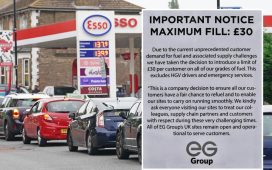