NEWSCABAL
NEWSCABAL > lifestyle > Why is the heatwave making you feel so tired?
lifestyle

Why is the heatwave making you feel so tired?


This heatwave is having a major effect on all of us.

We went quickly from jubilantly celebrating and drinking in the streets to complaining constantly about the tube, the dying grass, and everything else that comes as a consequence of this country actually having some sunshine for once.

But while the Vitamin D will mostly be having a positive effect on our general wellbeing, we may also find that we’re getting drowsy in the sun.

If you find yourself yawning before 3pm after a long day of laying out in the park, you’re not alone. Many of us start to drop off after spending too much time in the sun – especially if we’re not used to it. If you’re wondering just why that is, here are some of the reasons.

Even if you’re just lying around, the increased heat will cause you to sweat and your body will lose important fluids and salt. It’s really important to keep an eye on – a slight dehydration is normal, but it can get really serious.

What can I do about it? Keep on top of it. Even before that drowsiness and the telltale headaches kick in, you’ll need to be drinking way more water than usual.

Top up your salt levels with delicious snacks and keep a 2L bottle of water right by your side to replace all those precious fluids. And if you start to really feel worse for wear, head down to A&E.

When the sun comes out we all take it as an excuse to neck as many tins of Kopparberg as our body will allow. We’ll start earlier, drinking constantly throughout the day – that’s bound to have a tiring effect, especially if we don’t drink enough water.

What can I do about it? If ‘just drink less’ is simply not an option for you, then at least be smart about it. Drink plenty of water in between tins and try to start as late as possible to avoid that mid-afternoon hangover.

What was a normal day for you in winter, if you can cast your mind back? Most of us spent October to April trudging to work, barely getting through the day, and then coming home only to watch TV for five hours before sleeping. In the summer, though, the possibilities are endless. After work BBQs! Pub gardens! Tennis! No wonder you’re knackered.

What can I do about it? Not much besides missing out on wholesome summer activities to go home and sleep. Just make sure you take care of yourself, eat plenty, drink water, and get enough sleep.

Your body is working hard

When you’re in the sun, your body goes through tons of changes.

Tanning, increased vitamin D, better moods, slight swelling, marginally bigger willies apparently. All of those changes are hard work as your body tries desperately to regulate its core temperature, so you can’t blame it for getting a bit sleepy.

What can I do about it? Just take good care of your body, it’s trying its best to keep everything chill during this unprecedented actually good summer. Make sure to get plenty of rest and stay hydrated and well fed.

MORE: The heatwave might be making your eczema worse – here’s how to deal with it

MORE: Things you shouldn’t leave in your car in the heatwave

See also  ‘We only discovered our dad’s £500,000 gambling addiction when he was jailed’
Share on FacebookShare on TwitterShare on PinterestShare on Reddit
newscabalJuly 26, 2018

What is ‘royalcore’ and how can you get the look at home? 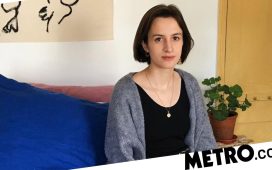 As a disabled person, I now expect to be treated poorly in airports 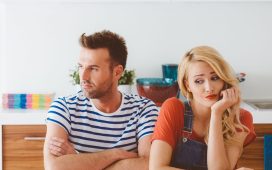