Her reason was that she discovered another goldmine far better and more fun than the beauty routine.

In a recent interview the beautiful mother of one explained why she dumped the beauty industry for the bludgeoning aphrodisiac business, which according to her has been the best decision of her life.

“I was in beauty, cosmetics and makeup business. After a while I became close with a lot of my clients which are women , from there I hear their complains. From time to time, they tell me their issues as a friend, most of which were centered on this general problems that could be sorted out easily, most of these women were in pains and couldn’t talk to anyone with the fear of being judged, with this drive I was able to go into research and find out solution to most of their issues.

“The result was Kayanmata herb. From several conversations I realised many women have sexual issues, to me, it was a goldmine to be tapped. Pronto, I shifted my attention from makeups and cosmetics to aphrodisiac. And it was the best decision of my life,” she said.

When asked if the aphrodisiac business has been lucrative, she replied with a gleam on her face.

“I must say, it is quite lucrative and fun because I get to help people everyday,” she said.

For better clarification, she explained what her product is all about and iterated that they are very potent in solving all sexual problems of women

“I am into Kayanmata business, this business deals with problems that concern women mostly. Most women have issues in their marriage and relationships that could be easily sorted out by this product but they don’t know. These products are purely herbal, no side effects at all, in fact in seeing them alone you know these are all natural products from herbs. But most women still shy away from their problems.

“Sex is very important in a relationship and marriage but most people ( women ) especially would act as if they are not interested in having that conversation. Kayanmata is a Hausa word, meaning ‘Women’s things’. They are herbs used to enhance sexual pleasure. Kayanmata is the same as aphrodisiac, anything that is used to stimulate sexual pleasure,” she explained, saying women who have used the herbs have amazing story of love and fulfillment to tell.

Oji Oghenetejiri established her Teji Gold Beauty Galleria in 2018 and she has since carved a niche for herself in the business. Born July 20, 1994, Teji Gold, as she’s fondly called by her customers and Instagram followers, hails from Ethiope West local government area of Delta State.

Oji Oghenetejiri, known as TejiGold on Instagram is a Catholic Christian. 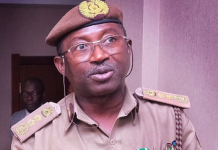