But now the former French President has been sentenced to one year in jail.

Why has former president Nicolas Sarkozy been sentenced to prison?

Nicolas Sarkozy has been convicted of “corruption and influence peddling” after a three-week trial in Paris.

He was found guilty of trying to bribe a judge and sentenced to three years in prison, two years suspended.

Sarkozy was accused of trying to glean confidential information from a judge by using a so-called ‘burner’ mobile phone and a false name – ‘Paul Bismuth’.

He had risked up to a decade in prison and a fine approaching the equivalent of £1million.

Also found guilty with him were his lawyer, Thierry Herzog, 65, and Gilbert Azibert, the 73-year-old retired judge who was said to have been bribed.

They were sentenced to the same punishment and all are likely to be able to spend their prison time at home with an electronic tag.

France’s National Financial Prosecutors’ Office, the PNF, had accused the three defendants of working out ‘a corruption pact’ to advance their careers.

Sarkozy, who led France for a single five-year term up from 2007 to 2012, told the court he “never committed the slightest act of corruption” and vowed to go “all the way” to clear his name.

During his testimony, Sarkozy said he was the victim of lies and denied ever committing an act of corruption.

He told the court in December: “Never. Never abused my influence, alleged or real. What right do they have to drag me through the mud like this for six years? Is there no rule of law?”

The 66-year-old is the first President of France in recent history to be sentenced to actual cell time, rather than a suspended sentence.

The last French head of state to go to prison was Marshal Philippe Pétain, the wartime Nazi collaborator.

Who is Nicolas Sarkozy?

Born in Paris to parents of Hungarian and Greek Jewish origin, Sarkozy enjoyed a comfortable life, growing up in a mansion owned by his mother’s grandfather, Benedict Mallah.

Sarkozy attended Paris X Nanterre university and graduated with an MA in private law, before later earning a D.E.A degree in business law.

Described as a quiet student, Sarkozy joined a right-wing student organisation, during his time at university.

Eventually he worked to pass the bar, becoming a family, and business lawyer – and later becoming one of Silvio Berlusconi’s French lawyers.

Sarkozy married his first wife, Marie-Dominique Culioli in 1982, with whom he had two sons, Pierre and Jean.

But they divorced 14 years later amid claims they had been separated for several years.

The pair had a son, Louis, but they later divorced in 2007 after he was elected President.

He is now married to Carla Bruni.

Sarkozy is recognised by all French politicians as a skilled and striking statesman.

At 23-years-old, he became a city councillor in Neuilly-sur-Seine, before becoming Minister of the Interior in 2004 – known at this time as the most divisive conservative politician in France.

In the 2007 French presidential elections, he was tipped as a likely candidate, wining 53 per cent of the vote.

He temporarily retired from politics in 2012 after his election defeat to Hollande, but he returned in 2014.

Sarkozy is now on his third marriage, to former French model and singer-songwriter Carla Bruni, 53.

But in 2008, the same year she wed Sarkozy, she told Vanity Fair that her biological father is Italian-born grocer Maurizio Remmert.

At the age of 19, Bruni signed with City Models and eventually modelled for Guess jeans, and worked with designers, Christian Dior , Givenchy and Karl Lagerfield.

By the 1990s, Bruni was among the 20 highest paid fashion models, earning $7.5million at her peak.

In 1997, Bruni quit modelling to develop her music career. She is most famous for her debut album, Quelqu’un m’a dit.

What is Nicolas Sarkozy’s net worth?

Nicolas Sarkozy is reported to have a net worth of around £12million.

Sarkozy is back in court on March 17, accused of illegal financing in the so-called Bygmalion Affair.

Bygmalion was the PR firm which handled Sarkozy’s appearances during his failed 2012 re-election campaign, many of them made with Carla Bruni.

The company is said to have used a vast system of false accounting to conceal an alleged explosion of undercover funding for his campaign. 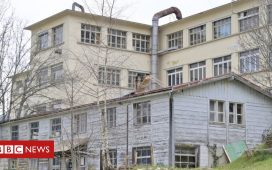 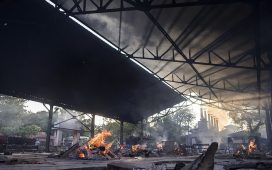 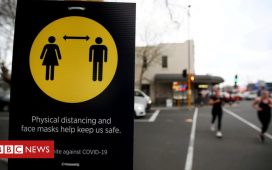 Covid-19: US to advise against travel to 80% of countries 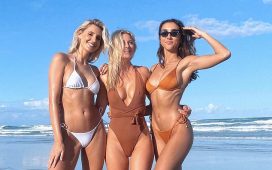