For well over a decade, the billionaire Koch brothers have been the ageing poster children for the idea of unelected, unaccountable power that liberals have lined up to hate.

As the CEO and VP respectively, of Koch Industries, 82-year-old Charles Koch and his younger brother David, 78, have poured hundreds of millions of dollars into the political and lobbying system – promoting conservative, libertarian and free trade causes dear to their hearts. The have opposed regulating pollution, promoted the use of fossil fuels, dismissed climate change, and put money behind countless congressional candidates, mostly Republican but Democrats also.

Their position as mega donors – the network they head intends to spend at least $400m during the 2018 cycle – has put them beyond public criticism of almost all Republicans. Or at least, it had until now.


In an early morning assault on Twitter, Donald Trump launched a remarkable attack on the pair.

“The globalist Koch Brothers, who have become a total joke in real Republican circles, are against Strong Borders and Powerful Trade,” he said. “I never sought their support because I don’t need their money or bad ideas.”

He added: “They love my Tax & Regulation Cuts, Judicial picks & more. I made them richer. Their network is highly overrated, I have beaten them at every turn.”

The outburst from Mr Trump appears to he have been sparked by two things: his anger over the brothers’ high-profile multi-million dollar campaign to try and overturn the tariffs he has announced on imports to the US, something that goes against the philosophies of the Kochs, and which many economic observers will result in a trade war with China and other nations.

The president also appears to have been furious over a decision by the brothers’ political network not to support a senate candidate in North Dakota, whom Mr Trump has supported, because they believe he will not challenge the White House on tariffs.

Three-term Republican congressman Kevin Cramer is trying to unseat Democratic senator Heidi Heitkamp, who is considered among the most vulnerable senate Democrats in the nation, but Tim Phillips, who leads the Kochs’ political arm Americans For Prosperity (AFP), told hundreds of donors during a three-day private Rocky Mountain retreat, it had decided not to support him.

“He’s not leading on the issues this country needs leadership most right now,”  he said. “If Cramer doesn’t step up to lead, that makes it hard to support him.”

While many commentators were struck by the acid nature of Mr Trump’s comments on Tuesday, his relationship with the billionaire brothers has long been strained.

One reason may be their wealth. Forbes estimated in March the two brothers were both worth $50bn, making them jointly the eight richest men in the world. (It was recently announced that David Koch is stepping down from his position because of health reasons.)

“Trump has always been insecure about people with more money than him,” Christina Greer, associate professor of political science at Fordham University in New York, told The Independent. “And that tweet talking about the election, means he is still stuck in 2015 or 2016.”

She said it was possible the president had struck out because he feared the brothers might be prepared, or were even planning, to bankroll a Republican primary challenger against him in 2020.

Certainly, the brothers – two of four sons of Fred Koch, who founded the now sprawling Koch Industries valued at $115bn in 1940 – have never hidden their disdain for the former reality television star.

Ahead of the 2016 election, Charles Koch said that voting for Mr Trump or Hillary Clinton made him feel like not bothering with either. “If I had to vote for cancer or heart attack, why would I vote for either,” he told Fortune magazine.

As it was, Jane Mayer, author of Dark Money, an investigation of the network around the brothers, recently said that Mr Trump was the very last of the more than 20 Republican presidential candidates, they would have selected. In the end, they decided not to endorse him or back his campaign, instead spending hundreds of millions of dollars on congressional candidates.

Since, Mr Trump entered the White House, the brothers have frequently disagreed with on issues such as immigration and free trade. At the same time, they did praise the major Republican wax cut Mr Trump signed into law, with Mr Phillips terming it a “transformative event”, and they have also worked with Mr Trump son-in-law and senior adviser Jared Kushner, on issues such as prison reform.

The Kochs have not responded to Mr Trump’s Twitter comments. But over the weekend, their network made clear it did not intend to be intimated by the administration, or anyone who did not share its views.

Speaking to reporters in a rare question-and-answer session, Charles Koch said his network would “hold people responsible” for not defending his network’s libertarian principles and priorities. While the network’s co-chair, Brian Hooks, criticised the Trump administration for divisieveness that was causing long term damage, Mr Koch did not single out the president, according to the Associated Press.

“We’ve had divisiveness long before Trump became president and we’ll have it long after he’s no longer president,” he said. “I’m into hating the sin and not the sinner.” 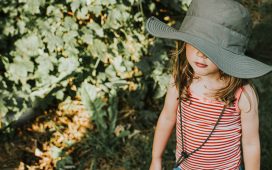 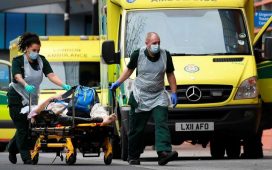 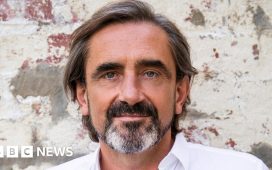 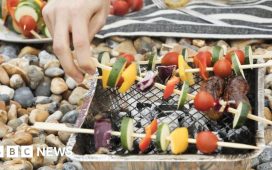 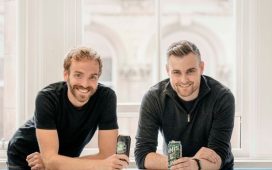