Today, for the seventh time in five weeks, cleaners, caterers and porters at St Mary’s hospital in London will be going on strike. They work for Sodexo, a French multinational outsourcing firm that has been contracted to provide these services to the hospital. Last month hundreds of them voted overwhelmingly in favour of industrial action. Their union, United Voices of the World, has committed itself to successive weeks of strike action that will stretch well into December if the demands of its members remain unmet.

The demands are not unreasonable. The workers are simply asking for equality in pay and working conditions with staff who are directly employed by the NHS. In one moving video shared on social media, they were asked what they were striking for. “Equality”, “dignity” and “family” were common answers. And poignantly, one cleaner answered: “So I don’t have to be afraid no more.”

It doesn’t take much to realise why they might be afraid. Many are paid a mere £8.21 per hour (those below the age of 25, even less), when the London living wage is set at £10.55 per hour. Furthermore, staff employed by Sodexo at St Mary’s are only entitled to statutory sick pay: a punitive £94.25 a week. Many workers report coming into work while ill because they cannot afford the financial penalty of taking a sick day.

This is unsafe and unfair in any workplace. Given the advice to hospital visitors to stay away if they have viral illnesses, this cruel and short-sighted policy towards hospital staff is doubly absurd.

It is for these reasons that 50 doctors at St Mary’s hospital have written to the CEO of Imperial NHS tørust, to voice our solidarity with the striking workers. In the NHS we are one team and that means standing by each other, regardless of who our direct employer is.

During the junior doctor contract disputes a few years ago, we were lucky enough to attract support from all corners of the NHS workforce. It is incumbent upon us to offer the same in return to the cleaners, caterers and porters who are striking. Because without hot meals, clean wards and moving trolleys, our health service would fall to its knees. Solidarity with other NHS workers hasn’t always come naturally to our profession. But the treatment of our colleagues at St Mary’s is plainly not safe and not fair.

Since industrial action began, there have been some positive developments. Imperial NHS trust has confirmed it will bring forward the date from which these workers will get paid the London living wage, from April 2020 to now. But many other demands are yet to be met by Sodexo.

Unfortunately, the themes of rock-bottom wages, pitiful sick pay and undignified working conditions are not isolated to my hospital. They crop up again and again in the context of NHS services that have been outsourced to private companies. Since sending our letter, I have been inundated with messages from workers up and down the country recounting harrowing employment experiences. One security worker at a hospital told me how she had disciplinary action taken against her after leaving her post on the night she became ill with acute appendicitis. Her meagre statutory sick pay left her reliant on her grandparents to help pay the rent, and meant she was forced to return to her hard and often risky job before she had fully recovered from major emergency surgery.

Inadequate funding, immense pressure on hospitals to balance their budgets, a wave of short-sighted outsourcing decisions and a rash of morally unscrupulous contractors: all of this has landed on the heads of demoralised and wearied workers, who are now saying loud and clear that enough is enough.

Our NHS exists to maximise the health and wellbeing of our population. Cleaners, caterers and porters at St Mary’s are being denied basic dignity and caused suffering. For this to happen within our NHS is unacceptable and should not be tolerated. 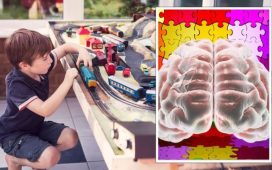 What is autism spectrum disorder? What are the most common symptoms of ASD? 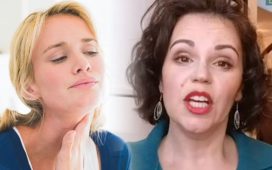 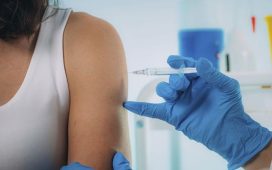 Walk-in booster venues near you: How, when and where to get your booster jab 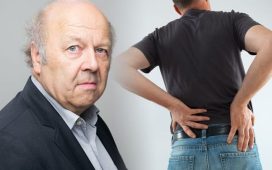 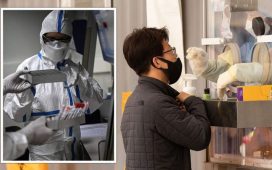 Omicron variant locations: All 15 countries that have reported the Covid variant