Why do children in Britain always bear the brunt of Tory cuts? | Polly Toynbee


This is no country for babies. It’s no surprise the birthrate keeps falling when would-be parents face impossible obstacles. As in the 1930s, it happens in hard times. It’s no snowflake generation whim, but the result of a harsh lost decade of stagnant wages and rising rents, with some people still living at home into their 30s. And there’s no welcome for babies when children are the first to bear the brunt of cuts to benefits and services.

Another week, another battering by reports revealing what looks like a deliberate assault on children. The Royal College of Psychiatry (RCP) has found that the number of children referred to already meagre mental health services has doubled from pre-pandemic levels, with dangerously long waits. Mental health provision remains neglected, despite pious ministers promising “parity of esteem”. There will be no extra money for it from the national insurance levy; much of that will be devoted to the more politically sensitive NHS waiting lists.

But even within mental health’s slender rations, children always get the least. Why? The chair of the child and adolescent faculty at the RCP, Dr Elaine Lockhart, tells me “it’s a blind spot” of the commissioners who allocate funds. In purely financial terms, LSE health economist Martin Knapp says the evidence is conclusive that treating children early saves huge expenditure later. Following birth cohorts from 1946, 1958 and 1970 reveals that the damage done by not treating mental health issues persists throughout life. “Programmes like anti-bullying schemes in schools pay for themselves 120 times over,” he says.

See also  Yes, school exclusions are up. But zero-tolerance policies are not to blame | Tom Bennett

There seems to be a national bias against children in everything, almost as if adults are pushing them out of the queue. Earlier this week, an extensive survey from the children’s commissioner for England revealed the poor state of children’s mental health, calling for a three-year catchup programme in schools. No chance, since Sir Kevan Collins, the government’s education catchup chief, resigned in June after being offered a tenth of the money needed: schools are worse funded now than in 2010.

In a succession of budgets, the Conservatives have targeted child benefits, knowingly impoverishing families. The Joseph Rowntree Foundation this week finds typical low-income families will be another £1,750 worse off by April, thanks to universal credit cuts, the national insurance hike, plus soaring gas prices (that may rise even higher in the spring). Though I write it often, I still have to pinch myself to believe that a third of children in the UK live below the poverty line – defined as being in a household earning less than 60% of median income. Gordon Brown writes in outrage in the Guardian this week, calling the universal credit cut the most “socially divisive and morally indefensible” policy he has ever witnessed. UK benefits are the lowest among equivalent European countries (while we cut, Emmanuel Macron’s government in France sends vouchers to families for energy price rises).

Here’s what Marcus Rashford publicised with his child food poverty campaign: in England, to get free school meals, a family’s income must be under £7,400 and so only around 20% of children qualify, leaving out 37% of poor children.

I can fill pages with the ways the government in the last decade has become an abusive parent, raining austerity down hardest on children. Labour’s shadow minister for schools, Peter Kyle, told me that 70% of secondaries have super-sized classes above 30 and he lists the huge losses in art, drama, dance, music and modern languages, while 2,500 PE teachers have gone since 2011, with playing fields sold off. Underfunded schools risk becoming joyless Gradgrind institutions.

Among many policies Labour somehow fails to get across is a pledge to bring back breakfast and after-school clubs. Now add in what Keir Starmer promises in his new Fabian pamphlet: by the age of 10, all children will have the chance to “play an instrument, join a competitive sports team, visit the seaside, the countryside, or the city, go to cultural institutions, ride a bike and learn how to debate their ideas”. How did we reach a point where so many have had none of those?

British parents may gasp at Justin Trudeau’s victory speech confirming Canadian families will pay just CAN$10 a day for childcare and nurseries – that’s £5.70. Here, the average cost for young children full-time is £263 a week, while the median weekly salary is £585, before tax. The 30 hours’ “free” childcare for over-threes is so underfunded that 442 nurseries have closed in a year. How perverse that the families in most trouble, those not in work, only qualify for 15 hours – though their children may need most attention. By 2019, health visitors, those kindly eyes and ears spotting early problems, had been cut by a third under the Tory government. According to estimates, the demise of most Sure Start children’s centres will have resulted in an 18% rise in young children’s A&E visits.

The Commons DWP select committee this week called for a strategy to overcome child poverty: that’s whistling in the wind in the face of the oncoming hurricane of that £20-a-week universal credit cut.

This is the backdrop to a falling birthrate. The Social Market Foundation calls for pro-natalist policies to boost a birthrate that is down to 1.58 in England and Wales, when level-pegging replacement requires 2.1 babies per woman. Malthusians might celebrate, along with some environmentalists and de-growthers, while economists worry. My own strong view is women should have the children they want, no more, no fewer. The emotional question is what becomes of a society that deliberately neglects its children, leaving them the leftovers?

With an ageing population and fewer babies born, the electoral power of young people grows ever weaker. A depressing IFS report published yesterday on attitudes to inequality finds large numbers believe the UK is a meritocracy where rich and poor deserve their lot, resisting redistribution. Those complaining that Labour is too cautious, remember Blair and Brown won by promising little and doing much in power: it seems the only way around these hostile, child-unfriendly attitudes. 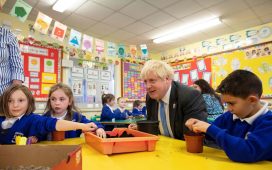 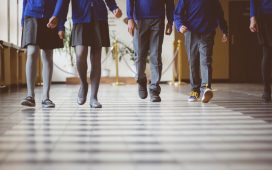