Takeover bids from private equity houses have become so common this year that even investment bankers are starting to sound weary. “Another week, another private equity offer,” is how analysts at Canaccord Genuity reacted to the weekend’s news of an approach for Morrisons.

The supermarket has rejected the £5.5bn bid from US buyout firm Clayton, Dubilier & Rice, but investors expect a bidding war. It will not be the only one, as private equity outfits sitting on huge piles of cash look to the UK.

Private equity firms have announced 113 deals for UK companies (both takeovers and minority stakes) with a combined value of £23.3bn so far in 2021, according to data company Dealogic. That is the fastest pace of dealmaking since 2007, just before the financial crisis, it said.

They are coming thick and fast. On Monday, Texas private equity outfit Lone Star Global upped one of those offers, saying it would give £839m for British aircraft parts manufacturer Senior. Another US firm, Bridgepoint, said it would take a minority stake in Itsu, the Asian-inspired food chain.

Private equity buyers invest money on behalf of investors such as pension funds and often raise debt to fund their takeover deals. They come in all shapes and sizes, ranging from firms that take over small and unlisted companies, all the way through to the “barbarians at the gate” – big hitters like KKR and Blackstone – that can borrow billions to mount major bids and take large businesses private, whether the targets’ boards agree or not.

It is what happens after a takeover that often puts private equity in the spotlight. Private equity houses are usually aiming to flip the investment within three to five years – via a sale or stock market listing – meaning the focus can be on how to generate quick returns rather than long-term investment.

One controversial tactic can be to strip out costs – often in the form of redundancies – while another is to look for assets to sell. Susannah Streeter, an analyst at investment platform Hargreaves Lansdown, highlighted that buyers of Morrisons could look to sell its stores, then lease them back. Sale and leaseback arrangements can be an easy way for a company to raise money to fund growth – or a quick way for owners to generate cash for dividends.

Another common characteristic is a reliance on debt to fund acquisitions. Conditions have been ripe for private equity since the financial crisis of 2008-09, when central banks cut interest rates and lowered borrowing costs further by printing money via quantitative easing.

Even last year, despite a brief hiatus in the early days of the pandemic, there was a surge in activity as central banks intervened to support markets. Buyout deals worth $592bn (£425bn) were completed across the world during the year, 8% up on 2019 despite the pandemic, according to data from the consultancy Bain.

Amid the global glut of private equity money, the UK has gained something of a reputation for possible bargains, in part because of the peculiarly British circumstances.

Neill Keaney, a debt analyst at ratings agency Creditsights, said that British companies were “very much in the crosshairs of foreign suitors as Brexit weighs on valuations and equity prices”.

The attractiveness of UK companies to foreign buyers was helped last year by the pound’s weakness, in part because of the same Brexit uncertainty, although sterling has since recovered against the US dollar.

The takeovers of British companies have prompted fears of a series of expensive corporate failures as companies’ debts catch up with them. Yet it has proven tricky to mobilise political action against private equity, in part because governments are keen to encourage investment that can save struggling businesses.

Labour is reviewing its policy on private equity bids, and could consider calling for buyout firms to provide details before some takeovers on what their plans are for the business, how they will treat employees, and how they will continue to fund commitments such as pensions.

Private equity outfits charge investors high fees – as much as 20% of profits – in return for outperforming other investment classes, but there are signs they are struggling to deliver that. A study by Josh Lerner of Harvard Business School and Bain found that private equity delivered an annual return of 15.3% in the 10 years to June 2019, slightly behind the 15.5% offered by investing in the S&P 500, the main benchmark for US listed companies.

A report by JP Morgan published last week suggested that fundraising could slow. “Dry powder” – money raised by private equity groups but which they have not yet spent – reached an all-time high at the end of 2020 as investors like pension funds and insurers struggled to find investments yielding a good enough return. 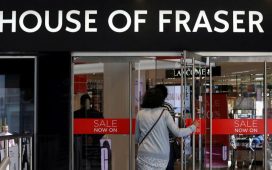