Why are indie games obsessed with frogs and witches? 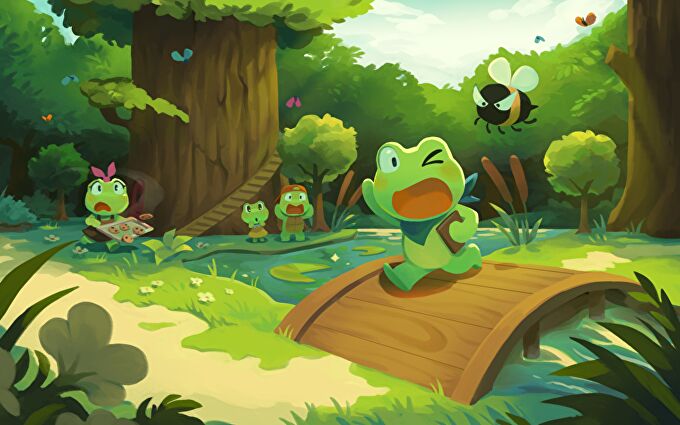 Judging by some of the biggest showcases over this summer of gaming, space horror and guns are at the forefront of many AAA games.


Yet at the other end of the spectrum, indie games currently have an obsession with frogs and witches.


But why? What is it about frogs and witches?


The Wholesome Direct in particular was chock full of the little green critters and spellcasters.


Paper Animal RPG is a cute riff on Paper Mario; Schim is a clever puzzle game about a frog-esque shadow creature hopping through shadows; A Frog’s Tale is an adorable turn-based pixel RPG. Then there’s Olliefrog Toad Skater, Frogun, and Paradise Marsh.


Devolver only showed off a handful of games, but it still ticked the boxes. The Plucky Squire includes a witch character in its fantasy adventure, Anger Foot’s protagonist looks suspiciously like a Battle Toad, and Cult of the Lambs has it all: frogs, cats, and evil witchcraft, even if it’s that fluffy lamb taking centre stage.


All of that on top of other games coming soon that weren’t shown: Chucklefish’s Witchbrook, and the recently released Little Witch In The Woods, for instance.

There are probably far more than this too, hidden away. Presumably many of these witch games will feature frogs too – we all know frogs belong in a cauldron.


What’s more, many of these games – and others, usually featuring cats – are farming and life sims.


Now, it’s hard to blame indie devs for taking what already works and putting their own spin on things. The monumental success of games like Animal Crossing and Stardew Valley are certainly making their impact clear.


There’s also the matter of the forthcoming Hogwarts Legacy. The inevitable success of that is bringing a wave of indie imitators, many of which are purposefully bringing inclusive characters to their games in the wake of JK Rowling’s controversial views.


But frogs? You don’t have to look far into gaming history to see how popular frogs are. The arcade classic Frogger; Slippy the Toad from Star Fox; Frog from Chrono Trigger; Zephos the God of Winds from The Legend of Zelda: The Wind Waker; Jambette from Animal Crossing, and many more.


Really, witches and frogs have been prevalent throughout gaming history. But it’s a criticism of this summer of gaming that lengthy showcases consisting little more of a YouTube playlist of trailers turns everything into a blur. A green, hopping blur, with a sprinkling of magic.