Who owns Marks and Spencer?


MARKS and Spencer is a long-established British retailer that has been on our high streets for more than 100 years.

Over that time, it has changed dramatically with hundreds of new stores and changes of ownership.

Who owns Marks and Spencer?

The Marks & Spencer Group are a publicly listed company on the London Stock Exchange with a raft of shareholders.

They are currently in the FTSE 250 Index – a list of the largest companies on LSE that are ranked from 101st to 250th.

Who is the CEO of Marks and Spencer?

Marks and Spencer’s CEO is Steve Rowe, who has been in the position since April 2, 2016.

According the official website, Mr Rowe has over 30 years of retail and consumer brand experience as part of M&S, having first joined the business in 1983 as a store assistant in Croydon.

In his current CEO role, Mr Rowe is also the Chair of the Business in the Community Place Leadership Team, and works alongside company chairman Archie Norman.

How old is Marks and Spencer?

Marks and Spencer’s was founded in 1884 between Michel Marks and Thomas Spencer, making the company 137 years old as of 2021.

The company was originally set up in Kirakate Market in Leeds, but soon expanded across the UK thanks to a £300 investment in staff and property.

By 1900 Marks & Spencer had expanded to include 36 Penny Bazaar outlets, including 12 high street stores with the rest being market stalls.

In the UK there is believed to be 959 stores, including 615 that only sell food products.

The company also sell clothing and home equipment and now run their own bank and energy suppliers.

They also have a working partnership with The University of Leeds. 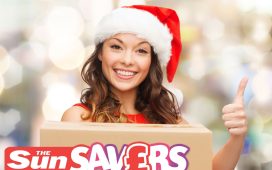 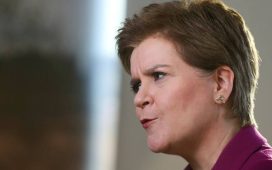