Who is Sajid Javid? Ex-chancellor who quit named health secretary


Multi-millionaire banker Sajid Javid, who dramatically quit as chancellor in a furious row with Dominic Cummings, has been named Health Secretary.

Mr Javid last hit the headlines when he resigned as chancellor in February 2020 after Downing Street – at the time dominated by Mr Cummings – tried to sack his entire team of advisors.

The former Home Secretary had been tipped for a political comeback, after the lockdown-busting aide finally left No10 in a separate row last autumn.

The news came as bitter Mr Cummings hit back at the “bog standard” MP’s new job tonight – claiming it was orchestrated by the Prime Minister’s new wife Carrie Johnson, who used to work for Mr Javid.

He added if he “hadn’t tricked PM into firing” Mr Javid, “we’d have had a [Treasury] with useless [Secretary of State]/[Special Advisors], no furlough scheme, total chaos instead of JOINT 10/11 team which was a big success”.

He called the new Health Secretary of “chasing headlines + failing “.

What do we know about Boris Johnson’s new Health Secretary?

Mr Javid was born in Rochdale, Lancashire, one of five sons of parents of Pakistani heritage.

He was elected MP for Bromsgrove in 2010.

His father, Abdul, was a bus driver who arrived in the country in 1961 with just £1 in his pocket.

The Health Secretary went to a comprehensive school in Bristol before studying economics and politics at Exeter University.

The married father-of-four was quickly identified as a rising star and eventually stood to be Tory leader in 2019. He stood down in the early stages of the race as MPs rushed to back Boris Johnson.

After joining the Commons in 2010, the former City banker kicked off his parliamentary career on the work and Pensions Select Committee, before being elected to the powerful Public Accounts Committee.

Mr Javid comes from a Muslim background but does not practise any religion and was particularly close to ex-Chancellor George Osborne, who made him a Treasury Minister in September 2012.

After that, he was elevated to the Cabinet as Culture Secretary in April of that year and became Business Secretary in May 2015 after the Tories’ shock election victory.

It was there that he first came under major scrutiny, as his handling of the steel crisis was heavily criticised.

In July 2016, Theresa May made him Communities Secretary as she formed her first Cabinet fin the wake of David Cameron’s resignation over the Brexit vote.

He was blasted for failing to get a hold of the housing crisis gripping the country.

But after Amber Rudd was sacked over the Windrush scandal, he was made the first Home Secretary from an ethnic minority.

Mr Javid campaigned to remain in the European Union during the 2016 referendum, even though a few months before the vote he said his “heart” was for Brexit.

He won plaudits for his stance on anti-Semitism and standing up to former US President Donald Trump over his inflammatory tweets.

He once hit a classmate who called him a “p**i”, and was told in his first interview for a City job that his face “wasn’t going to fit in there”.

The climax of a meteoric rise in Britain’s booming financial services industry saw him become a managing director at Deutsche Bank in 2004.

In recent days, he has led a successful campaign from the backbenches to halt child marriages, after Justice Secretary Robert Buckland said this week they would back his plan to raise the legal age to marry in England to 18. 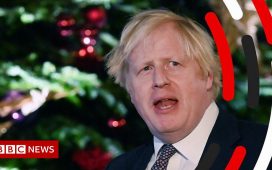