Arsenal look to be closing in on a new signing with reports claiming they are set to bring in Spanish defender Pablo Mari on a loan deal with a view to a permanent transfer in the summer.

The 26-year-old Flamengo centre back was pictured in discussions with Gunners’ technical director Edu at the airport ahead of his flight to London, and it looks just a matter of time until the move is confirmed and he becomes Mikel Arteta’s first signing.

The addition of Mari would be a welcome addition to the Arsenal back-line, especially given the injuries to Calum Chambers and Kieran Tierney as well as David Luiz’s three-game suspension following his red card against Chelsea.

But just who is Pablo Mari? Here is everything we know about the player…

Mari made his senior debut for Spanish side Mallorca in 2011 after coming through the academy. After struggling to make an impression he then made the switch to fellow Segunda Division B side Gimnastic, where he helped them win promotion to the Segunda Division in the 2014-2015 season, making 37 appearances and scoring three goals.

Following another season at the club he made a surprise move to Manchester City, but failed to make an appearance at the Etihad and was sent out on various loans, including to Girona, NAC and Deportivo La Coruna.

READ  Sean O'Loughlin: Wigan captain could miss the rest of the season with pectoral injury

Mari finally left Manchester to join Brazilian side Flamengo last summer, and impressed in Serie A, forming a solid partnership with Rodrigo Caio and becoming the first Spaniard to win the Copa Libertadores in his side’s dramatic 2-1 win in the final over River Plate in November.

How much will he cost?

Mari looks set to join on an initial loan until the end of the season, which will include an option to buy the player permanently in the summer for a fee of around £7m.

Has he played at international level?

Mari has yet to represent Spain at any level, but will be hoping his move to the Gunners could attract the attention of their manager Robert Moreno, although it may be too late to push for an inclusion in their Euro 2020 squad.

When could he make his debut?

It appears unlikely the deal will be done in time for Arsenal’s FA Cup tie against Bournemouth on Monday, but Mari could be in line for an appearance against Burnley in the Premier League on Sunday February 2.

Angel Gomes is having a ‘contract dispute ‘with Manchester United’s board, admits Nicky Butt

Serie C footballer in Italy has been diagnosed with coronavirus 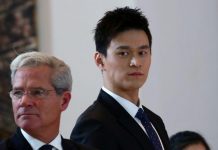