NEWSCABAL
Home » WHO Doctor, Two Others Die Of Lassa Fever In Benue
africa

WHO Doctor, Two Others Die Of Lassa Fever In Benue


A medical doctor, Samuel Nyityo, attached to the World Health Organisation, WHO, office in Makurdi, Benue State has reportedly died of Lassa Fever.

Two patients, one of whom allegedly ate a rat, also died as a result of the disease. 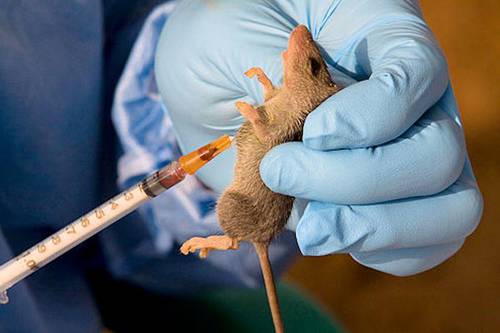 This was made known by a colleague to the deceased doctor who claimed he treated the two patients and currently isolating and taking medication to prevent the disease.

The doctor said, “We lost a colleague, Dr Samuel Nyityo on January 9, 2022. I lost two patients last week; one ate a rat and took ill. I am currently taking prophylaxis (ribavirin) and isolating because I nursed two out of the three people who died.”

However, the Benue State Commissioner for Health and Human Service, Joseph Ngbea who noted the outbreak of the disease only confirmed the death of the Medical Doctor.

According to Ngbea, the state had recorded one death while two others were receiving treatment in Makurdi and at Irrua, Edo state.

He said, “Only Dr Nyityo died. Nobody is in a critical position; the other person is in a stable condition.”

The Commissioner said that the state government was doing its best to contain the disease saying before the diagnosis of the disease, Governor Samuel Ortom through the Ministry had released money to ensure that it was contained.

He also said Governor Ortom had opted to take over the treatment of the deceased but the World Health Organisation whom Nyityo worked for, released funds for his treatment and the purchase of drugs for the treatment of any victim at the Benue State University Teaching Hospital, BSUTH.

He appealed to the people of the state to take preventive measures against the disease saying “for Lassa fever, the vector is a rat. For the doctor, we discovered that last year, two people had Lassa Fever in his compound. This means that there is a species of rats that moves around in that area and perches on people’s food.

“People should stop the idea of keeping food outside on the ground and people should also be discouraged from eating rats.

“People should keep away anything that would encourage rats to enter their homes. Those are the preventive measures. Apart from that, people should also see the doctor if they have a fever.

“On our part, we will organise a workshop on Lassa Fever in Benue to create more awareness on why we should not keep anything that will encourage rats to come into their homes,” Ngbea said.