The White House has expressed concern over a week of riots in Northern Ireland, with Joe Biden joining Boris Johnson and the Irish prime minister in a call for calm after what police described as the worst scale of violence in Belfast for years.

In a statement, the US president’s press secretary, Jen Psaki, said: “We are concerned by the violence in Northern Ireland,” and that Biden remained “steadfast” in his support for a “secure and prosperous Northern Ireland in which all communities have a voice and enjoy the gains of the hard-won peace”.

She spoke as the Northern Ireland secretary, Brandon Lewis, called on political leaders across the spectrum to tone down their language to ease tensions.

Biden, who is of Irish roots, has repeatedly expressed support for the peace process and last year waded into a row over UK plans to override parts of the Brexit deal warning Boris Johnson that any trade deal was “contingent upon respect for the [peace] agreement and preventing the return of a hard border”.

Police said as many as 600 people had been involved in disturbances in Belfast on Wednesday, when a bus was petrol-bombed, rubber bullets were fired and missiles were hurled over a “peace wall”.

With parts of Belfast scarred and amid a growing political crisis, the Northern Ireland assembly united in its condemnation of a seventh night of rioting and agreed a motion calling for an end to the “deplorable” violence and support for the rule of law.

Boris Johnson and the Ireland’s prime minister, Micheál Martin, spoke by phone on Thursday, called for calm and agreed “the way forward is through dialogue and working the institutions of the Good Friday agreement”.

Northern Ireland was plunged into crisis after violence escalated at the intersection between loyalist and nationalist communities in the Shankill and Springfield areas.

The Police Service of Northern Ireland Assistant Chief Constable Jonathan Roberts said Wednesday’s mayhem “was at a scale we have not seen in recent years” and it was lucky no one had been seriously hurt or killed.

Lewis was due to hold virtual meetings with leaders of all five parties in the Northern Ireland executive, including the Democratic Unionist party, Sinn Féin and the Alliance party on Friday morning.

After touching down in Belfast, he said he had encouraged politicians to “think very carefully” about the language they used. He added: “Not just unionists, but if you look at the tweets and messages from politicians from all parties, they have put out messages that can be interpreted in a particular way as having a bit of spite to them.

“I don’t think there is any place for that. I have spoken to people across parties about that.”

He did not name names, but public positions have become polarised over both the Brexit protocols for Northern Ireland and recent decision not to prosecute Sinn Féin leaders who attended a funeral despite health restrictions. “I think we all have to be very clear about the fact that what politicians here say matters,” Lewis said.

Some signs of tensions easing emerged on Thursday as the Ulster Political Research Group, which is linked to the paramilitary Ulster Defence Association, called for an end to the violence, saying “street disturbances will not solve our issues”. The Loyalist Communities Council, which represents loyalist paramilitary groups, reportedly met on Thursday afternoon but failed to reach agreement on a statement condemning the violence. 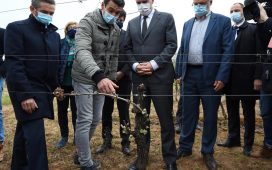 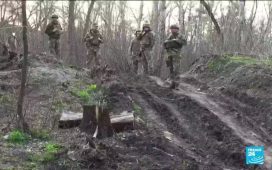 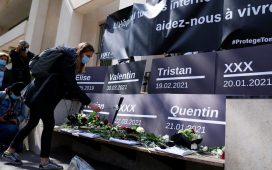 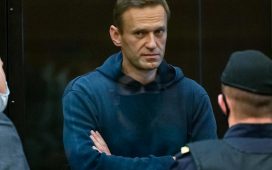