Whitbread shakes off £725m loss to press on with expansion


Whitbread, the owner of Premier Inn hotels, is pushing ahead with rapid expansion plans despite reporting one of its worst financial performances on record due to the coronavirus crisis.

The FTSE-listed hotel company said on Tuesday that it had increased its share of the UK hotel sector by 3.5 per cent to slightly more than a tenth of the market since lockdowns in March, thanks to “constraint and distress” among rivals.

It has trebled the size of its footprint in Germany by investing £40m in buying and refurbishing 15 hotels, which it plans to open by December, and is in talks with several Travelodge landlords in the UK to convert them to the Premier Inn brand.

But Alison Brittain, Whitbread’s chief executive, warned that this did not mean the company was “immune” to the short-term impact of the pandemic.

The crisis forced it to declare a £725m pre-tax loss for the six months to the end of August, down from a £220m profit during the same period of 2019. Revenues fell from just over £1bn last year to £251m.

Compared with the US and China, Europe’s hotel industry has been one of the slowest to recover from the crisis as regional lockdowns have come back into force to slow a new rise in coronavirus cases.

According to data from the analysis firm STR, occupancy across all European hotels was 39 per cent in September, the lowest for any September on record.

Ms Brittain said that with restrictions only becoming tighter, the final months of the year would be a “critical period” and that Whitbread did not expect a Covid-19 vaccine to be in effective use until the second half of next year.

Despite occupancy rising to about 80 per cent in some UK seaside and tourist destinations in August and averaging 58 per cent in September, it had since dropped back to about 50 per cent after different tiers of local restrictions were announced.

The substantial loss was in part due to £339m of non-cash impairments triggered by a writedown of asset values as a result of the crisis, as well as the closure of most Premier Inn hotels between March and July.

Last month, Whitbread announced plans to cut 6,000 jobs, just under a fifth of its workforce.

Greg Johnson, an analyst at Shore Capital, said the loss was “somewhat academic” and agreed with other analysts that the company was well placed to take advantage of the struggles of competitors and underfunded independent hotels.

Thanks to a £1bn rights issue that Whitbread undertook in June, the company said it had £936m in cash as well as a £950m undrawn credit facility and up to £600m of finance from the UK government’s Covid Corporate Financing Facility.

Premier Inn’s budget rates also meant that its hotels had outperformed peers, the company added, saying it had benefited from business from “workers who need to be physically present to perform their jobs” as white-collar employees continued to work from home.

Ms Brittain said that of Premier Inn’s 840 UK hotels, about 440 were subject to some form of restriction and called on the government to extend VAT relief and a business rates holiday for the hospitality sector into next year as “it is going to be needed”.

Safety in Bangladesh clothing factories is being taken seriously | Letter 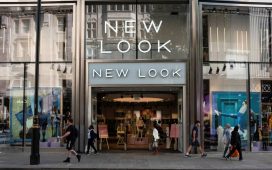 Greggs predicts profits to bounce back to pre-pandemic levels