NEWSCABAL
Home » Where are the consequences for all the men of Hollywood accused of sexual assault, misconduct and violence?
fashion

Where are the consequences for all the men of Hollywood accused of sexual assault, misconduct and violence? 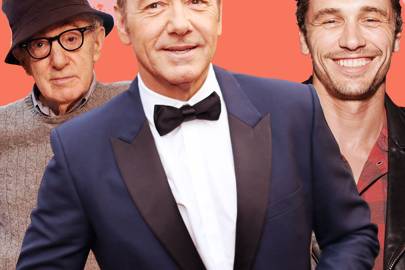 Less than four years since more than 20 people came forward with claims of historic sexual abuse against him, Kevin Spacey is making a return to acting. The double Oscar-winning actor, 61, is set to play a detective in Italian film The Man Who Drew God, directed by Franco Nero, about a man who is falsely accused of sexually abusing children.

That likely leaves a bad taste in your mouth. In 2017, the actor Anthony Rapp alleged that Spacey had made sexual advances toward him in 1986, when Rapp was 14 and Spacey was 26. In a statement, Spacey claimed not to remember the event, saying: “If I did behave then as he describes, I owe him the sincerest apology for what would have been deeply inappropriate drunken behaviour”.

Many more came forward accusing Spacey of sexual misconduct at a time when they were young men; even teenagers. Spacey denies the allegations yet was initially shunned by the industry, with Netflix terminating their contract with the actor (which famously cut his lead role in House of Cards) and his scenes in Ridley Scott’s All The Money In The World were reshot. Spacey’s agent and publicist cut their ties. His Special Emmys Award was withdrawn. For a while, it looked as though the industry was taking these allegations seriously.

But now Spacey’s return to the industry – downplayed in some headlines with words like ‘cameo’, ‘small role’, ‘independent film’ – signals the start of his redemption arc. He has officially kickstarted the process of un-cancelling himself. The business seems to be slowly forgiving him.

This is why we must stop fetishising girls transitioning to adulthood in the public eye, and end the sexist ‘girl to woman’ narrative for good

Spacey is not the first man accused of such crimes to make a Hollywood comeback with little to no longterm consequences. After a DUI and slew of anti-semitic outbursts, Mel Gibson was accused of domestic violence by his girlfriend Oksana Grigorieva in 2010, and was caught on tape admitting that he’d hit her, threatening to “burn the f***ing house down”, and saying: “You look like a f***ing bitch in heat, and if you get raped by a pack of n****s, it’ll be your fault.”

Six years later, his film Hacksaw Ridge received Academy Award nominations and in 2017, in the midst of the #MeToo movement, he landed a leading role in Daddy’s Home 2. Mel Gibson, it was declared, was ‘once again family-friendly‘. According to IMDB, Gibson is currently working on seven major movies.

Master Of None has just returned to Netflix for its third series, just a few years after its creator and star Aziz Ansari was accused of sexual misconduct on a date. Though Ansari believed the encounter to be ‘completely consensual’, he did privately apologise to the woman, before his stand-up career quickly resumed.

Woody Allen, 85, continues his career despite the release of an HBO documentary in March, Allen v. Farrow, which once again brings up the sexual assault allegations levelled against him by his daughter Dylan Farrow, which have been investigated but charges never brought. In 2014, Dylan wrote an open letter to the New York Times alleging he had molested her when she was just seven-years-old, which he has always denied.

More recently, on 9th May, Seth Rogan said he has ‘no plans’ to work with longterm Hollywood collaborator and friend James Franco following allegations made in 2018, when five women accused the 43-year-old actor of sexually inappropriate or exploitative behaviour. Franco denies the allegations.

Although alpha Hollywood males seemingly avoid cancel culture in cases where no criminal charges have been brought – the ‘innocent until proven guilty’ excuse afforded to powerful, rich, white, cisgender men – this isn’t always the case. Men who have been convicted of serious crimes have also been allowed to return to the industry.

Roman Polanski, 87, is still wanted in the US after he admitted to unlawful sexual intercourse with a 13-year-old girl in 1977 – a lesser charge agreed after a plea bargain saw rape charges dropped. He uses his French passport to live in France and avoid extradition. In 2020, he was awarded a César (France’s equivalent of the Oscars) for his 2019 film An Officer and a Spy. Last month, he announced his new film The Palace, scheduled for release next year.

What does Harvey Weinstein’s conviction mean for the #MeToo movement?

You’d be forgiven for thinking that we’ve made advances in holding abusive men in positions of power accountable. Almost four years after the #MeToo movement, Harvey Weinstein and Bill Cosby are behind bars, Donald Trump is out of office, and Noel Clarke – who last month was accused of sexual harassment, bullying and assault by 20 women – has been dropped by BAFTA and his current projects suspended.

But these cases are just a drop in the ocean. For the very few men actually convicted and sentenced of abuse, there are dozens more who are afforded redemption. Every time Hollywood forgives a sexual predator, it sends the message that even if they have to lie low for a few years, they are eventually allowed off the hook. They can get out of trouble. There are no longterm consequences.

It tells their victims – boys allegedly as young as 14, women silenced by NDAs who put their careers on the line for justice – that there’s no point in coming forward and courageously telling the world of the abuse you suffered. Because while your allegations may keep your abuser quiet for a couple of years, they will always be allowed back to work, while you may not be afforded the same privilege. It tells their victims: your voice doesn’t matter.