Where are the children from Chitty Chitty Bang Bang now?


CHITTY Chitty Bang Bang stole the hearts of movie-goers when it was released in 1968.

Here’s what happened to the film’s child stars.

What happened to the children from Chitty Chitty Bang Bang?

The children of the movie became international stars after the film’s release.

The movie, which came out in 1968, starred Dick Van Dyke as their mad inventor dad, Caractacus Potts.

As Jemima Potts, the eight-year-old Brit stole the heart of movie-goers everywhere in the classic 1968 movie.

But her life after the film was very different.

As a teenager, Heather ran away from her Dundee home after her parents’ split, which she blamed on her global fame.

She became an activist and lived in makeshift peace camps where she raised her two children, daughter Josie and son Cosmo.

In 1984, she was arrested during a protest at the Faslane nuclear submarine base in Scotland after lying down in the road to block traffic.

She was held for 15 hours before being released without charge.

She eventually settled back into a “normal life” in her hometown of Dundee but her troubles were far from over.

In 1999, she faced a legal battle with her family after her aunt and uncle attempted to get her evicted from her grandmother’s house.

Seven years later she was arrested for driving without a licence – presumably in a car that just refused to fly.

The former child star, now 59, is writing a book about the movie and is hoping to return to acting.

In 2016 she revealed: “For a long time I blamed the split of my family on the film.

“As an eight-year-old it was a natural conclusion to reach, that it must be the film’s fault.

“But I am now beginning to realise that there are some problems in my family that have nothing to do with the film.”

By Heather’s side in the famous flying car and the Childcatcher’s cage was fellow child actor Adrian Hall, in his first screen role as Jeremy Potts.

Adrian went back to grammar school after finding fame in the film, before attending drama school at 18.

But he took Chitty Chitty Bang Bang off his CV after failing to land more work.

He said: “I know that it stopped me being considered for roles. People only think you’re a child actor. It wasn’t until I removed it that I got my first jobs.”

After a moderately successful career in West End theatre, he gave it all up 13 years ago.

Instead he took up work as a teacher at the Guildford School of Drama.

“This is far more rewarding than acting,” he said.

Who plays the child catcher in Chitty Chitty Bang Bang?

Where are The Addams Family cast now?

“If you are on stage for two hours you get a round of applause and that’s it.”

Adrian, also 61, has two sons from his former dancer wife Barbara and is currently the Principal of London’s Academy of Live and Recorded Arts. 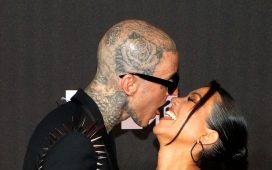 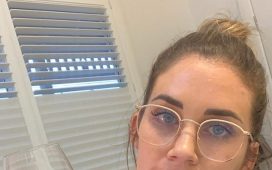 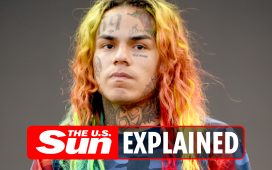 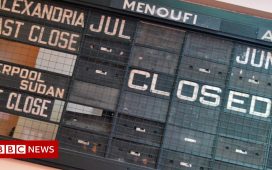 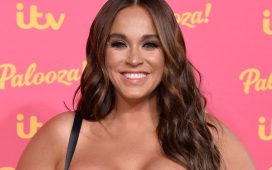 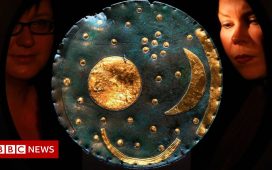