When Liverpool beat Arsenal in the League Cup … after 300 minutes


When the draw was made for the third round of the Littlewoods Cup in the 1988-89 season, it was not difficult to spot the standout tie. Champions Liverpool, winners of the League Cup four times in the 1980s, were paired with a resurgent Arsenal in a repeat of the 1987 final, which George Graham’s team had won thanks to two goals from Charlie Nicholas.

That win at Wembley, which gave Graham his first trophy as Arsenal’s manager and ruined Liverpool’s record of never having lost a game when Ian Rush had scored, was an indication that Arsenal could beat Liverpool in a one-off game. But toppling Kenny Dalglish’s team over the course of a full league season was a different matter completely.

At the start of the 1988-89 campaign though, Arsenal showed signs that they were ready to mount a title challenge. With Liverpool experiencing a relatively slow start – they suffered three defeats in the league in October – the League Cup tie gave Arsenal an opportunity to go to Anfield and land an early psychological blow in the title race.

Liverpool were without regulars Bruce Grobbelaar, Alan Hansen and Steve McMahon when the sides met on Wednesday 2 November and Arsenal settled immediately, sensing that the home team were subdued. Arsenal looked resplendent in their yellow kit and seemed to be enjoying themselves. The away fans were not used to such displays. Arsenal had not won at Anfield since 1974, but their performance suggested that this team was going places. As dominant as they were, though, Arsenal could not finish off their rivals. The wait for that win at Anfield would go on for a few months longer.

Liverpool’s reserve keeper Mike Hooper played a big part in thwarting the visitors. He pulled off a stunning save from a Paul Merson volley early on and only grew in confidence, keeping out a Tony Adams header, an effort from Alan Smith and a long-range strike from Brian Marwood. When Adams did manage to beat the Liverpool keeper with a header, Barry Venison was able to clear it off the line.

Somehow, Liverpool took the lead. John Barnes picked up the ball on the halfway line and went on a marvellous jinking run before slipping a shot past John Lukic. “A little bit of magic,” said Brian Moore in commentary. With 25 minutes to play, the home side had a 1-0 lead and looked as if a smash and grab was on, but Arsenal responded just six minutes later with another stunning strike, David Rocastle smashing an unstoppable shot past Hooper. Arsenal continued to press for the winner and Marwood had the ball in the Liverpool net but his volley was disallowed, harshly, for a push in the build-up.

After the game, Dalglish openly admitted that Arsenal had dominated. “They were the better side and made more chances,” said the Liverpool manager. “We were hanging on at the end. If you are an Arsenal fan you’d be a bit disappointed and if you are a Liverpool man you’d say we were a little bit fortunate.”

The teams met a week later at Highbury in front of a crowd of 54,029. With 6,000 fans locked out, the match was pushed back 15 minutes. The fans packed into the ground –and those sitting on the roof of the North Bank – did not witness a classic. David Lacey described the 0-0 draw fittingly in the Guardian when he wrote: “An interesting struggle, chess rather than draughts.”

On a night of few chances, the best opportunity fell to Peter Beardsley. The Liverpool forward was put through by John Barnes but Lee Dixon raced back and snuffed out the danger with a fine tackle. The game – billed as the “Scouse Champions v the Cockney Pretenders” in the Express – did not live up to the hype, failing to come to life even in extra time. “We took the game to them tonight but they stifled us very well,” said Graham after the match.

The tie was eventually settled in a second replay on a freezing night at Villa Park in front of 21,708 fans. Dalglish was relieved when it was announced that the match would not go to a penalty shootout, feeling the competition would have been devalued had the tie been decided that way. The Arsenal fans were hoping for a repeat of their win over Liverpool in the 1980 FA Cup semi-finals – which they secured after three replays – but it was not to be.

Liverpool were without Barnes but McMahon was back in the team and they started on the front foot, Nigel Spackman having a goal ruled out for offside and Beardsley hitting the side-netting early on. However, it was now Arsenal’s turn to take the lead against the run of play, Merson beating Hooper from a tight angle midway through the first half. That was as good as it got for Arsenal. The rest of the evening was all about the dominance of the champions.

McMahon thundered home an equaliser at the start of the second half. As Dalglish celebrated, he was hit by a sandwich thrown from the crowd. The Liverpool manager returned the gift in the direction it came. He apologised later and the police considered the matter closed.

Liverpool continued to press for the winner as Arsenal tried to hold back waves of attacks. Ray Houghton thought he had scored but saw his shot hit the post. Finally, in the 87th minute, Arsenal’s resolve cracked. Houghton received the ball on the edge of the box and chipped a cross towards substitute John Aldridge, whose header looped over Lukic and into the Arsenal net. Finally, after 300 minutes of football, the tie had been settled.

“Liverpool were superior in all departments,” admitted Graham after the game. Dalglish agreed, saying. “We played as well as I’ve ever seen a Liverpool team play. No team in England will give a better performance this season.”

Liverpool had booked a fourth-round tie against West Ham – which they would lose 4-1 – but the press were keen to debate what the result would mean for the title race. Lacey felt that Liverpool’s win “may have important echoes later on” and Stuart Jones was even more emphatic in the Times, writing: “Night has fallen on the dawn of a new era. In subduing the young pretenders so convincingly in the second replay of the Littlewoods Cup third round tie at Villa Park, Liverpool repressed all thought that they should prepare to leave the throne of England.”

Liverpool won the battle that night but, throughout the saga, Arsenal had shown that they were made of the right stuff. They did not beat Liverpool at Anfield in the League Cup but, when that winless run finally ended later in the season, it was definitely worth the wait. 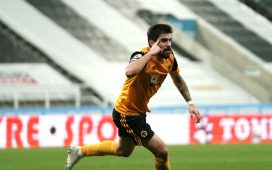 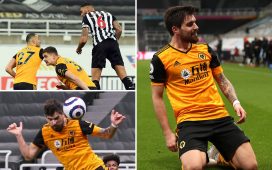 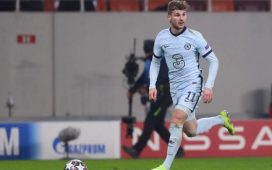 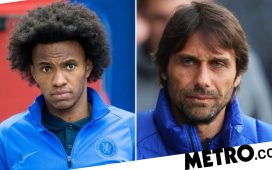