NEWSCABAL > finance > When does furlough end in the UK?
finance

When does furlough end in the UK?


FURLOUGH will soon come to an end in October after it was first announced by Chancellor Rishi Sunak on March 20 – days before the national coronavirus lockdown came into force.

But what is Furlough, how has it helped during the Covid-19 crisis and when is it due to come to an end?

When will furlough scheme end?

While the furlough scheme comes to an end on October 31, the new Job Support Scheme runs for six months from the start of November, to the end of April next year.

The government says it will review the end-date in January.

When the Chancellor Rishi Sunak first announced government support for jobs on March 20, he said it would only last until May 31.

But since then, the government has announced multiple extensions of the furlough support, meaning that businesses can still take advantage of it until the end of April 2021.

In the meantime, the government’s contributions have dropped and employers have started to pay a higher proportion of furloughed staff’s wages.

To try and prevent the job losses, the government has promised employers a new £1,000 bonus for each furloughed worker that is rehired and employed continuously through to January 31, 2021.

Businesses can use this scheme and the new Job Support Scheme at the same time.

What do we know about the new Job Support Scheme?

The new Job Support Scheme, which aims to continue to support businesses and their employees facing coronavirus-related woes, comes into effect on November 1.

It was announced by Chancellor Rishi Sunak earlier in October.

The Chancellor hopes the extension will reduce the millions of job losses expected when furlough ends.

The previous furlough scheme replacement, announced in September, meant workers could get up to two-thirds of wages paid for hours they can’t work due to coronavirus.

Under the JSS, employees could work one day a week and earn up to 73% of their wages under the changes.

It’s designed to help employees working for businesses that have shut down in areas put under Tier 2 and Tier 3 lockdown restrictions.

Employees on the scheme would have needed to have worked a minimum of 33% of their hours to be eligible, and businesses must contribute a third of wages.

In the updated scheme, the government will pay 61.67% of employee wages while businesses will pay just 5% for hours they don’t work.

Employees will still be able to get full pay for hours they do work.

Previously, for hours not worked employers were required to pay 33%, the government would cover 33%, with workers losing out on 33% of pay.

From November, the government will pay up to a maximum of £1,541.75 per month for non-worked hours.

While employers will pay up to a maximum of £125 a month for non-worked hours.

Employers will pay £283 while the government will pay the rest.

The government has been under pressure to extend the furlough scheme to avoid job losses when it comes to an end on 31 October.

Chancellor Rishi Sunak said extending the scheme would be wrong and announced its replacement as he unveiled the government’s Winter Economy Plan.

Mr Sunak said: “There has been no harder choice than the decision to end the furlough scheme.

“The furlough was the right policy at the time we introduced it.

“It provided immediate, short-term protection for millions of jobs through a period of acute crisis.

“But as the economy reopens it is fundamentally wrong to hold people in jobs that only exist inside the furlough.”

The new Job Support Scheme will help those who can work but face reduced hours because coronavirus has affected demand.

How has the furlough scheme changed and what happens next?

Grants for self-employed workers will also double to cover 40% of previous earnings, up to £3,750, and new grants for businesses in high alert areas.

It will be the second major amendment the Chancellor has made to the JSS since is was announced last month.

All employers with UK bank accounts and UK PAYE schemes can claim the grant. They don’t need to have use the furlough scheme to apply.

Large companies (with more than 250 employees) have to meet a financial impact test. It means the scheme is only available to those whose turnover has stayed the same or is lower than before Covid-19.

There is no financial impact test for SMEs or charities.

Staff on any contract are eligible, even those on zero hours or agency workers.

How does the furlough scheme work?

ANY UK organisation with employees can apply to furlough their workers, including businesses, charities, recruitment agencies and public authorities.

It’s up to your place of work to apply to the scheme, meaning you won’t need to contact the government yourself.

To access the scheme, your employer must comply with the following:

To be furloughed, you must have been on a payroll on March 19.

Workers can ask previous employers to rehire and furlough them, even if they left for another job, but firms don’t have to do this.

The furlough scheme did, however, close to new applicants on June 10.

How many people have been furloughed?

More than nine million workers were furloughed, although new applicants were prevented from joining the scheme from June 10.

Two-thirds of British businesses have used the government’s scheme since it was announced, while one in three companies have put at least 75% of their workforce on furlough, according to the British Chamber of Commerce.

But there have been concerns many struggling companies will lay off staff without the security of government-backed cash.

Under current employment laws, companies have to give 45 days notice before cutting more than 100 roles, or 30 days notice if it’s under 100 positions.

On July 8, Chancellor Rishi Sunak said in a statement to MPs: “Furlough has been a lifeline for millions supporting people and businesses to protect jobs. But it cannot and should not go on forever.

“It gives people false hope that they would be able to return to the jobs they had before.”

Recent figures from the ONS have shown that nearly one in every 13 workers in the UK may have been on furlough as of mid-October.

How much has the scheme cost the government?

The Treasury has estimated that the furlough scheme has so far cost the government about £40billion.

Coronavirus response has cost the government an estimated £200billion so far.

Is TSB down? How to check if the website or banking app is working

How to claim free school meal vouchers in the UK

How much can you borrow for a mortgage and what schemes are available?

Earlier in April, the qualifying date workers had to be employed on to be eligible for the scheme was extended from February 28 to March 19 – benefitting up to 200,000 extra workers.

But thousands of workers are missing out on furlough pay due to a loophole.

We put together a guide to how furlough affects you, including pay, annual leave rights and how it works if you’re on maternity or sick leave. 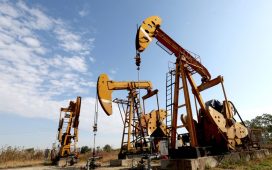 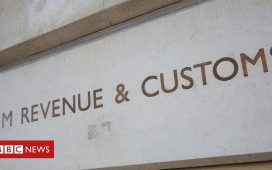 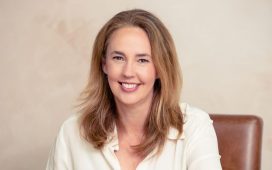