NEWSCABAL
Home » When an affair wrecks a relationship, why is it always women like Martha Hancock – the innocent party – who are relentlessly vilified and hounded?
fashion

When an affair wrecks a relationship, why is it always women like Martha Hancock – the innocent party – who are relentlessly vilified and hounded?


Head held high, with accompanying power woman blowdry and yes, wedding ring still on, (who cares, let alone who is actually looking?); ‘spurned’ wife Martha Hancock marches purposefully down the street running the gauntlet of the hungry press – just hours after the story of her husband’s adultery broke. The hours may roll on but the cameras are still there – outside her house – watching, waiting, like prey ready to pounce – but waiting for what? Well, we all know don’t we? They’re waiting for the ‘money shot’ a photo of her breaking down in front of them – her visceral torment caught on camera to be displayed on the next day’s front pages, for us all to see and gawp at.

Few of us can imagine the steely strength it has taken for Martha Hancock to put her game face on – and strut down that road, several times now, head held high, shades and fixed grimace firmly in place. I don’t know why she’s chosen to do this and what kind of psychological toll it’s taken on her to face down the press, but I do know if I was her, I doubt I would be this brave or fearless. And believe me, I choose these words carefully because I do think she is brave and fearless. I would have hidden inside until they had packed up and gone home – however long it took.

As a journalist, my job is to tell a story and get to the truth of the
matter. Indeed, I broke the story of Hancock’s resignation on BBC
World news on Saturday evening. I presented it factually and dispassionately. The story is a legitimate and important one. But hunting down his wife should not be part of it in any way.

So, why do some in the media and society think it’s OK for it to be open season on an innocent woman? A woman who has done nothing wrong, has not sought to be in the public eye or have her marriage and life raked over, analysed by people who know neither her nor her husband – and is in fact the injured party. They may justify it to themselves by arguing that because she is married to someone who is in the public eye, she’s somehow forfeited her right to privacy. She hasn’t, and they are simply wrong.

This is why I took back my cheating partner, and why forgiving an affair is a lot more complicated than the ‘wronged woman’ narrative suggests

Or perhaps the truth is baser than that – they are delivering what some of the public really truly and secretly enjoy – the spectre of other people’s lives imploding in front of them – it’s a real life soap opera – it’s harmless isn’t it, and who doesn’t enjoy a bit of good gossip? But this is far from harmless, as anyone whose family has broken up because of an affair can testify to. It’s humiliating and painful for all involved. Why do we need to know about how it all played out? That Hancock woke his 8-year-old son up to tell him he was leaving the marriage and the home. That apparently, until Thursday evening, Martha thought they had a happy marriage.

The simple truth is: we don’t. Add to that the glare of the cameras and nosy journalists and I can’t even imagine the trauma she and her blameless children are going through. This is not just newspaper fodder. This is their lives and probably, very sadly, the most devastating thing they will go through, that will impact on all of them for decades to come.

The narrative that plays out is always: What did she ​do wrong? Wasn’t she supportive enough? Attractive enough? Too mumsy? Too clever? Too independent? Not independent enough?

But the morbid fascination and intrusiveness into the most private of matters is more than just schadenfreude. Martha Hancock may be the innocent victim – but the subtext here, in all the headlines and the obsessive need to get that shot of her – is that when a marriage falls apart, the bottom line is ‘it’s the wife’s fault’. You’d be forgiven for thinking this attitude was all very, well, last century. But no, it’s very much alive and kicking and we are seeing it play out yet again in front of our eyes. With headlines like ‘Hancock leaves wife for glamorous Coladangelo’, the narrative that plays out is always: What did she do wrong? Wasn’t she supportive enough? Attractive enough? Too mumsy? Too clever? Too independent? Not independent enough?

Martha Hancock certainly isn’t the first woman to endure such a humiliating and painful dismantling. This kind of headline has been splashed across front pages since time immemorial. All too often whenever a high-profile man has an affair, the story is about the wife left behind. Those of us who were around will remember all the finger-pointing and name-calling when it was revealed Bill Clinton was a multiple adulterer in the 1990s – but the name-calling and finger-pointing was also aimed at his wife. It was Hilary who was blamed in the media for her failings which had led to him having affairs – it was she who had to go on camera and publicly support him while facing intrusive questions about their marriage.

Every time Wayne Rooney ‘plays away’ it’s his wife Colleen Rooney, the scorned wife who has to face the cameras – wherever she is in the world – they don’t, they won’t leave her alone. Few of us know what that must feel like – forcing yourself to face the cameras when you must be in such emotional turmoil inside.

Back in 2004, when David Beckham was accused of having an affair with Rebecca Loos, the paparazzi hounded Victoria Beckham with article after article detailing the affair and questioning her and David’s sex life.

And here we are again today in 2021. Why hasn’t society moved on? Why is it the innocent women who are demonised? These women are not collateral damage, they aren’t cannon fodder – the fall-out of their lives, there for us all to enjoy. It’s down to journalists and editors to call it out and the next time it happens – as inevitably, of course, it will – to refuse to prey on the innocent victim in all of this – the wife. 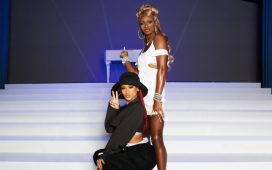 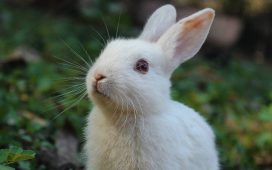