What's in store for Microsoft Flight Simulator in 2021?


2020 was a big year for Microsoft Flight Simulator. After a decade and a half away, Microsoft’s partnership with French studio Asobo delivered a sterling return to the world of hardcore simulation, and a little more besides – centred around a feat I still haven’t tired of as I explore new corners of the world. It harnessed the breadth and depth of Microsoft’s technical expertise, from Bing to Azure, to create a truly breathtaking 1:1 replica of the entire globe. Small wonder it ended up being one of my – and many others – games of the year.

“[The reception] has been so generous,” head of Microsoft Flight Simulator Jorg Neumann tells me over Microsoft Teams (naturally) of the sim’s first few months. “When you come back after 14 years, you wonder how you’re going to be received. You were gone for a while, the segment has moved. But I would say the simmers have been so gracious – so gracious. There’s still some that say we need to be more study level – we know, we understand. we’re committed, don’t worry about it. But those are people that are in the hobby, and I think they see the promise of what this is now and what it will be.

“I think we had a lot of people that have never played a sim before, which is great – and quite a few of them stuck around. We knew VFR [visual flight rules – an aviation term referring to when a pilot is able to navigate by the scenery rather than relying on instruments] was always something that people wanted – and it makes the sim more accessible. All of a sudden, you can look outside, it actually looks like the world, it’s not abstract. I think it’s resonated more, maybe because of the travel restrictions – and all those things that come with a pandemic, but that we see now where people are actually diversifying where they fly.”

Since its launch in August I’ve managed to rack up thousands of air miles, even as the skies above London have been near silent as planes have been grounded. Microsoft Flight Simulator’s take on London is due a refresh in the near future, with this month’s big update giving the UK scenery a makeover. It’s part of the ongoing work that saw the USA and Japan receive makeovers last year – while the big sim update at the end of the year introduced virtual reality support, as well as the first seasonal weather in the form of snow.

The implementation of VR is well-handled – I’ve been playing on a Reverb G2 paired with a 3070, and while the demands of Microsoft Flight Simulator mean it’s not wise to max out the resolution of the headset it’s still impressively immersive – with more being done, the VR controller support that was absent at launch currently being worked on. Perhaps more significantly, the optimisation that’s been done to get virtual reality up and running is laying the groundwork for the console versions of Microsoft Flight Simulator that are coming later this year.

“Obviously we’re working on Xbox full speed right now,” says Neumann. “You end up turning over every stone really, we’ve looked at every model, exactly what the buffers are with the buffer sizes…. Sometimes you can be a little bit more, well you could say lazy, or you could say maybe not quite as disciplined. With VR you need to be really disciplined. We’ve found many gigabytes, and it’s already quite a bit better.”

The first firm news of console versions came last December, though only Xbox Series S and X were confirmed to be coming this year. That doesn’t rule out an Xbox One version, though. “I guess it’s a timing thing,” Neumann says when asked about Microsoft’s older console. “Obviously memory matters. Certainly on Ultra settings, you need a big PC – well, that’s a lot, lot more memory than what you had on an Xbox One. So it’s a journey, like most things, you know – let’s get the Xbox Series X and S versions done, and then we’ll look ahead after that. We never close doors, and there are other options, though it’s a little bit too early to talk about it.”

“I mean, it has to be very similar,” says Neumann. “Is it the exact same? Well, it can’t be the exact same because that’s not operable. I think that the beautiful dream that Phil [Spencer] and the team at Xbox has is that you can bomb devices, which is really what we’re doing. We’re learning where people might have some friction points. We think there’s going to be more newcomers on Xbox, so you just need to be gentle in how you guide people into the experience, and there’s work going on there.

“That’s going to be on the PC as well for newcomers. But we think it’s a good idea to spend a little bit more time on the tutorials. We have a lot of information now on how people go through them, what they learn, what they might have not quite learned, and this is an opportunity to strengthen that a little bit. It’s really getting people comfortable, first a person who plays games and can fly a plane, and then maybe hopefully they become a simmer. But that takes time – and I think our job is to make all that a little bit more elegant.”

It’s heartening to hear the console experience will be similar to the PC one, which also means that console users will be able to make the most of the ever-growing marketplace of third-party add-ons for Microsoft Flight Simulator. It’s another area of focus as the team work on the console versions. “We’re trying to get this to work better,” says Neumann of embracing the community-made content. “It’s great, though, right? Like, I’ve never had this ever in my career in gaming, that there’s that many competent people actually making things. We have direct communication with them all the time. But if they want to go to Xbox, you need to be in the sandbox, meaning we need to get them into the marketplace. Because on Xbox, you can’t just drag it into a folder. I think that’s going to happen – I’m quite optimistic.”

If Neumann and his team nail the landing when it comes to the console launch later this year, there’s every chance 2021 will be an even bigger year for the simulator. “I’m sort of working on late 2021/2022 feature stuff right now,” says Neumann. “I mean, there’s no end. If you ever look at the community snapshot and the things people want us to do – they’re like, hey, we want trains, so we’re like, Okay!

“Ultimately, the goal is to be the most accurate sim it can possibly be. And there’s lots of options, and so many areas you can get into. We obviously have our own ideas or preferences, but we listen a lot to what the community wants. And I don’t think they will run out of ideas.” 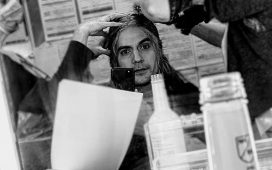 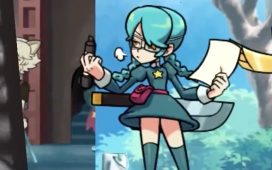 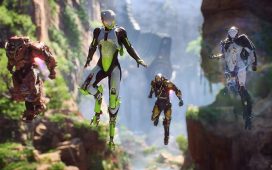 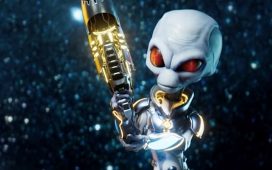