NEWSCABAL
NEWSCABAL > entertainment > What’s Ariana Grande’s net worth, is she playing at Manchester Pride and can you still get tickets?
entertainment

What’s Ariana Grande’s net worth, is she playing at Manchester Pride and can you still get tickets?


ARIANA Grande is an American pop sensation who has been taking the charts by storm with her latest album: Thank U, Next.

The singer is heading back to Manchester to perform at the Pride festival just two years after she was rocked by a terror attack at her Manchester Arena concert in 2017. Here’s more about her career and personal life…

Ariana Grande will return to Manchester to headline Pride 2019 – 2 years after a bombing attack that killed 22 people at her Manchester Arena concert.

She is heading back to the city to headline the LGBT+ event at a new 9,000-capacity outdoor venue at an old railway depot on Sunday August 25.

She had previously said she would play a “a special show” in Manchester as part of her forthcoming world tour.

Ariana said in December, when her tour was announced: “We are of course coming and we love you!”

The Sun’s Bizarre column was the first to reveal she was in talks to headline the event.

A source close to the American singer said: “Manchester holds a very special place in Ariana’s heart and she’s made it clear she wants to do whatever she can for the city.

“She was in talks to ­perform at Manchester Pride[in 2018] but ­unfortunately they just could not make it work due to various reasons down to space and security.

“But the council and Ariana were so eager to make it ­happen, they have picked up conversations for 2019 and it is now looking like she will headline the Sunday evening.

“It is going to be really ­special if it does work out, particularly given how much Ariana means to everyone in the city.”

You can get tickets to watch Ariana perform at Manchester Pride here and they’ll set you back £37.95 for the Saturday, £42.35 for the Sunday or £70.95 for a weekend pass, including booking fees.

Who is Ariana Grande?

She is of Italian descent and her name is believed to be inspired by Princess Oriana from Felix the Cat.

Her parents separated when she was eight years old and she moved to New York with her mother and half-brother Frankie, who was one of the contestants on Celebrity Big Brother in 2016.

Ariana made her Broadway debut in 2008 when she landed the supporting role of cheerleader Charlotte in the musical 13.

Following her stint on Broadway, she landed the role of Cat Valentine in the Nickelodeon show Victorious, a role for which she had to dye her hair red every week.

Ariana stayed on the show until its third and final season and went on to star in a spin-off of Victorious and another Nickelodeon show iCarly, called Sam and Cat, which aired for a year.

What’s her net worth?

Grande’s fortune is just over a whopping $50million (£38million), according to Harper’s Bazaar.

Grande’s tour, which ended in September 2017, spanned seven months and five continents made over $71 million, Billboard reported in November that year.

That was 70 percent more than her 2015 Honeymoon tour, which grossed $40million.

When did Ariana start her music career and what are her biggest hits?

Ariana’s debut album, Yours Truly, was released in September 2013 and debuted at the top of the US chart.

Ariana’s biggest hits include One Last Time, Into You, Problem, Break Free and Side To Side.

The title track from her new album Thank U, Next was released on November 3, 2o18, and made it all the way to No1 in the UK Singles Chart.

More recently, Grande’s fifth studio album Thank U, Next was released on February 8, 2019 and made her the first solo artist in history to occupy the top three spots of the Billboard Hot 100.

This made her the first artist to do so since The Beatles in 1964.

Grande sets the record for the largest streaming week for a pop album with 307 million on-demand audio streams.

She has the largest streaming week for both a pop album and for a female artist.

Her song 7 Rings debuted at number one on the Billboard Hot 100.

Her lead single Thank U, Next was also a prominent project, as the music video took a twist on the film Mean Girls and Legally Blonde, from which she re-enacted scenes.

On May 22, 2018, it was reported that Ariana Grande had moved on from her rapper beau with Pete.

Ariana was a guest host on Pete’s show SNL in 2016 but they were both in other relationships at the time.

Pete then confirmed the romance by uploading a picture of the happy twosome dressed up in Harry Potter costumes, captioned: “The chamber of secrets has opened…”

On June 11, 2018, Ariana was seen sporting an enormous diamond ring after reportedly getting engaged to her boyfriend of four weeks Pete.

The singer was seen wearing the sparkler during a performance at iHeartRadio’s Wango Tango at the start of the month.

Ariana was spotted wearing her engagement ring again during a shopping trip in New York and friends claim they were planning to get married in November 2018.

The full line-up for Coachella 2019, including Ariana Grande and The 1975

Where and when is Coachella held and who’ll be attending in 2019?

IN FOR THE KILL

The Killers & The Cure in advanced talks to headline Glastonbury

On June 21, 2018, Pete confirmed the engagement during an interview with Jimmy Fallon.

On October 15, 2018, it was revealed that the two had reportedly split just weeks after the death of her ex-boyfriend and rapper Mac Miller.

According to TMZ, they both admitted it was not the right time for their relationship to take off, but the source added they had not ruled out a reunion in the future.

Did Ariana Grande come out as bisexual?

Fans of Ariana Grande believe she came out as a bisexual following the release of her song, Monopoly on March 1, 2019.

In the track, the lyric says: “I like women and men (Yeah)/ work so f***ing much need a twinny twin twin (Yeah)/ how you hit the club when you barely got in?/ Then we hit the bank, making them investments for the win.”

However, Ariana seemed to side with a fan who tweeted: “ariana ain’t gotta label herself, but she said what she said (sic).”

The singer replied: “i haven’t b efore and still don’t feel the need to now… which is okay.”

Yes – Ariana was announced as a main headliner at Coachella 2019 back in January 2019.

The gig will make her the youngest headliner in the music festival’s history at the age of 25.

The event sees her join the likes of Tame Impala and Childish Gambino as stars due to entertain the crowds over April 12 – 14 and April 19-21.

When the news was released, Ariana simply tweeted: “humbled and excited as all hell @coachella — thank u”. 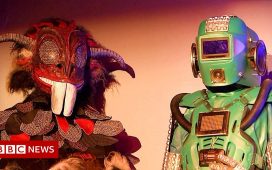