‘What we saw alarmed us’: the long fight to expose ‘VIP lane’ Covid contracts


A high court judge’s ruling that the operation of a “VIP lane” for suppliers of personal protective equipment (PPE) during the coronavirus pandemic was illegal is the culmination of a fight for transparency dating from the early months of the pandemic.

As a slew of companies with links to senior Tories secured large contracts to supply PPE in the early months of the pandemic, alarm bells began ringing among transparency activists and senior figures in the Labour party, who accused the government of cronyism.

Jolyon Maugham, founder of Good Law Project (GLP), which, with EveryDoctor, brought the successful legal challenge to the government’s high priority lane, said his interest was piqued when, in May 2020, the government entered into a £108m PPE contract with PestFix, primarily a pest control business, with net assets of £18,000 at the time according to its accounts. As a consequence, he said GLP began to monitor the award of such contracts on the government’s website and “what we saw alarmed us”.

Another contract was signed with Ayanda Capital, a London-based investment firm, whose contract, along with PestFix, was challenged by GLP. Maugham said one of the GLP lawyers spotted a tweet from Andrew Mills, an adviser to the international trade secretary (then Liz Truss), saying he was a senior board adviser to Ayanda, leading them to begin to join the dots “that there were political connections”.

Explaining how GLP, previously best known for its Brexit cases, challenging the prorogation of parliament and the government’s right to trigger article 50 without parliamentary approval, became involved, Maugham, a tax barrister and QC, said: “We were very interested in pandemic governance. You don’t need to be a lawyer to know that in times of national crisis, stuff needs to happen quickly and when stuff happens quickly there is, for perfectly understandable reasons, an enhanced prospect of it happening badly. But you’re interested in whether government is acting in ways that minimise misconduct, or – as with the VIP lane – institutionalises misconduct.”

Separately from the GLP, news organisations, including the Guardian, published articles about a host of contracts made directly with companies associated with Tories without tender, and not relating only to PPE. In May 2020, the Guardian revealed that the healthcare firm Randox, which employed the then Conservative politician Owen Paterson as a paid consultant, had been awarded a £133m contract to produce testing kits.

The same month, the Guardian disclosed that state contracts worth more than £1bn had been awarded to private companies dealing with the coronavirus pandemic, without offering other firms the chance to bid. Details of another contract were exposed by the Guardian in July of the same year – an £840,000 contract to research public opinion about government policies awarded to Public First, owned by two long-term associates of Michael Gove and Dominic Cummings, without putting the work out for tender.

Maugham said he sought legal advice on whether it would be possible to challenge some of the contracts but was told it would be very difficult. That changed in October 2020 when internal government documents were leaked to the GLP showing the existence of the hitherto secret VIP lane. Nevertheless, Maugham said he initially struggled to get the press to publish details, because “it was so startling a disclosure that nobody would cover it. No one could quite believe what they were seeing.”

The next month, the government spending watchdog, the National Audit Office (NAO), confirmed the existence of the channel, saying 493 suppliers had been referred to the scheme by a political or official contact. It said more than half (£10.5bn) of contracts relating to the pandemic up to that date had been awarded without competitive tender and companies in the VIP lane were 10 times more likely to land a contract that those outside it.

With details of the scheme exposed, suddenly GLP’s prospects of a successful legal challenge improved, culminating in the judge’s ruling on Wednesday that the VIP lane was unlawful, although Mrs Justice O’Farrell concluded that even without it, PestFix and Ayanda would most likely have been awarded contracts.

Maugham said the VIP lane “delivered preferential treatment to those placed on it predominantly by ministers and ministers’ offices. It was institutionalised favouritism”.

He would now like to see a more thorough investigation, and cited another NAO report, published last year, which said: “The government counter-fraud function has assessed a high risk of fraud in the procurement of PPE.” 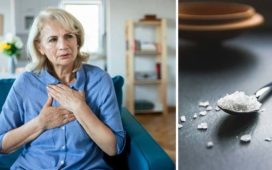 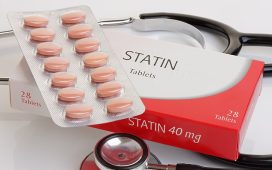 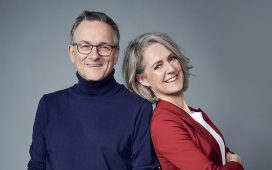 Dr MICHAEL MOSLEY: How brunch can be your main meal of the day 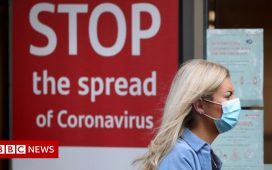 Two-thirds with Omicron say they have had Covid before