NEWSCABAL
Home » What to do with pumpkin seeds after Halloween
lifestyle

What to do with pumpkin seeds after Halloween


Another Halloween soon will have been and gone, leaving another pumpkin left to waste.

The entire pumpkin doesn’t need to be abandoned – but you might be wondering how to use pumpkin seeds.

As it turns out, they have many uses.

Research by Too Good To Go, a surplus food app, found more than two thirds of us don’t know what to do with the pumpkin seeds they have leftover after carving – and only 15% of Brits actually end up eating them.

There’s plenty of misunderstanding too, as Hubbub, who focus on waste and the environment, say that each Halloween 15 million pumpkins are carved by UK households and not eaten.

In their survey, one in three respondents mistakenly believe that a carving pumpkin can’t be eaten.

With the aim of reducing waste, here’s how you can make the most the seeds you find in your pumpkin.

An easy and healthy way to enjoy pumpkin seeds is to roast them.

Too Good To Go recommend the following:

You can eat them alone, or sprinkle them in things like muesli and granola to add more flavour and texture.

Adding them to other recipes can make them easier to eat too.

You could sprinkle them on top of a pumpkin soup or mix into a flapjack recipe.

Stuart Collins, a chef who’s starred in the Great British Menu, says you can make a pumpkin seed butter to add to meals like risotto or just to spread over toast.

You could always keep the cycle going more sustainably by growing your own pumpkin patch.

Away from food, you could get creative and make a DIY face scrub and mask.

Taking the seeds, try blending them with honey so they’re crushed and the mix is slightly textured.

Or, grind the seeds first them mix them into a nourishing base, such as honey or yoghurt.

Let the mix sit on your skin for 10 minutes then gently wipe off while allowing the seeds to lightly exfoliate skin.

Neo Chatyoka, founder of Uhuru Botanicals Ltd, says she likes to ‘soak the pumpkin seeds overnight in rosewater as this softens the seeds.’

How long do pumpkin seeds last?

Stored at room temperature, you should aim to use pumpkin seeds up within two to three months.

Refrigerated they can last for up to a year.

What are the benefits of pumpkin seeds?

Though small, pumpkin seeds are packed with nutritious value.

They are have antioxidants, which fight against free radical damage.

They’re also a good source of magnesium, which you need for sleep and blood pressure regulation.

Studies have suggested the oil in the seeds can improve cholesterol levels in postmenopausal women and help urinary disorders.

‘The oil has some useful components. These include omega-3 and omega-6 fatty acids, amino acids, zinc, and tryptophan.

The benefits are far ranging, so it’s worth adding pumpkin seeds to your meals over letting them go to waste.


MORE : People are saving time this Halloween by carving pumpkins with pressure washers


MORE : How long do Halloween pumpkins last and when should you carve them? 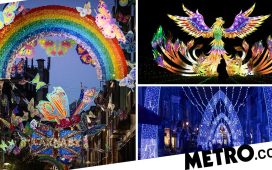 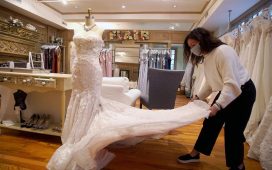 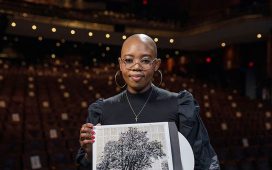 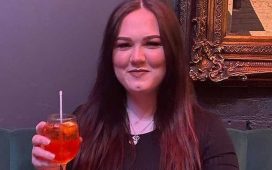