NEWSCABAL
Home » What time is Boris Johnson's press conference today – and what will he say?
politics


Amid heightened concerns due to the number of rising cases of the new Omicron Covid variant, Prime Minister Boris Johnson is set to deliver a press conference to discuss the government’s actions

Tensions are running high both in and outside of Westminster today – as Prime Minister Boris Johnson gears up to give a press conference to discuss the reintroduction of measures to tackle the newly discovered Omicron variant.

The announcement comes as the new variant begins to spread globally, with 14 cases found in the UK and community transmission thought to have taken place.

The news of the upcoming press conference comes the reintroduction of mask wearing in shops and on public transport.

Boris Johnson’s press conference will take place at 4pm today , it has been confirmed.

In the past Mr Johnson has tended to give his major announcements about the virus at around 5pm, so this is slightly earlier than usual.

The Prime minister is expected to talk about the reintroduction of face masks, which came into effect at 4am today.

It is also thought he will encourage people to get their Covid booster vaccines, after they were made available to all people over the age of 18. The time between people being eligible for their second and third jabs has also been slashed from six months down to three.

The move comes as per advice from the The Joint Committee on Vaccination and Immunisation, with all contacts of people with the Omicron variant being told to isolate regardless of their vaccination status.

On top of domestic matters, he is expected to talk about changes to travel laws, which will see all arrivals in the UK need to once again take a day two PCR test and isolate until it returns a negative result.

The new variant is a cause for concern, with fears it could be more transmissible than the Delta variant (Photo by Pavlo Gonchar / SOPA Images/Sipa USA)

Johnson has come under fire from the Labour governments of Scotland and Wales, who say the new measures do not go far enough and instead should see arrivals isolate for a full eight days after touching down in the UK.

No order has come for the people to work from home where possible, meaning the government’s so-called Plan-B measures have further to go before being fully in effect.

Last night, on November 29, Downing Street released quotes from the Prime Minister saying: “The measures taking effect today are proportionate and responsible, and will buy us time in the face of this new variant.

“Based on everything we know, our vaccines and boosters remain our best line of defence, so it is more important than ever that people come forward when eligible to get boosted.

“Not only will today’s steps help us slow down the variant’s spread, but they will help us protect each other and the gains we have all worked so hard for.” 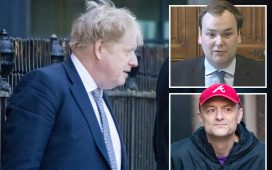 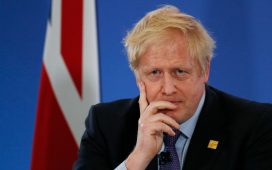 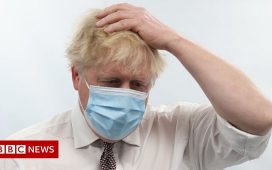