NEWSCABAL
NEWSCABAL > europe > 'What made him come there?': Lukashenko's surprise meeting with his critics
europe

'What made him come there?': Lukashenko's surprise meeting with his critics


The participants had printed name cards set out in front of them, there was a flower arrangement in the centre of the table, and the discussion topic was political reforms that might improve the country.

There was one unusual detail about the discussion held in Minsk this month: 12 people around the table were political prisoners and the 13th was Alexander Lukashenko, the man who had put them behind bars.

Facing a broad, sustained protest against the continuation of his 26-year rule, Lukashenko had previously said he would not give up power “even if dead” and threatened his opponents with all manner of reprisals. Now, it seemed, he wanted to talk.

Liliya Vlasova, a 67-year-old lawyer and mediator who was arrested on tax evasion charges in late August, soon after being elected to the leadership body of an opposition council seeking a transfer of power, could not believe her eyes when she saw the familiar face. “I thought it was a body double at first, I didn’t think it was possible. But after five minutes I realised it was the real Lukashenko,” she said.

She had been woken in her cell at 6am, driven to KGB headquarters and held in an office there for four hours. Eventually she was led to a room where she saw other political prisoners including Viktor Babariko and Sergei Tikhanovsky, who had wanted to run in the August presidential election but instead were jailed. The group greeted each other and wondered out loud what the occasion for the strange gathering could possibly be. Perhaps, someone suggested, they would be forced to make televised confessions. Then Lukashenko walked in.

The next four and a half hours were “more of a monologue” than a dialogue, said Vlasova, though there was a heated and angry exchange between Tikhanovsky and Lukashenko. The prisoner was furious about his detention, while Lukashenko was offended that Tikhanovsky had called him a “cockroach” in YouTube videos this year. There was no water to drink and no possibility to use the toilet. “What made him come there? I still don’t understand,” said Vlasova.

Western diplomats were also surprised by the move, with some wondering whether Lukashenko’s backers in Moscow, alarmed at the level of discontent, had demanded he try to reach out to the opposition and reach some kind of compromise.

See also  Theresa May replacement: How will the new Tory leader be chosen?

“Lukashenko told us he wants dialogue on constitutional reform, and he promised that this would be his last term in office,” said Yuri Voskresensky, a businessman and political scientist who was part of the Babariko campaign. “I was sitting next to him and my intuition was that he was telling the truth.”

Alexander Lukashenko during a meeting with high-ranking officials on 21 October. Photograph: Nikolai Petrov/EPA

Voskresensky was released soon after the meeting and tasked by Lukashenko with being an intermediary between the two sides, though charges of organising mass disturbances are still hanging over him. He said Lukashenko’s offer should be taken seriously, even if the optics of negotiating with your jailer were strange, and said he would hold a meeting next week of opposition supporters who want to take part in drafting ideas to present to Lukashenko.

“We are not western Europe, where people were already democratic 500 years ago. I could be upset that I was kept in jail for two months but we have the chance to democratise and we should take it,” he said.

Few other opposition figures appear minded to go along with him, rubbishing the gambit as meaningless. After the violence and arrests of the past two months, they say the only acceptable outcome now is a transfer of power.

Vlasova was released a few days after the discussion, back to the comfort of her home, where the living room is filled with vases of flowers from wellwishers. Tax evasion charges against her and her son, which she described as “completely fabricated”, have not been dropped, and her son’s business has been destroyed.

Although she was not subjected to physical violence, the six weeks she spent behind bars was trying in the extreme. She was held in a 10-person cell with no fresh air or daylight, with eight cellmates who frequently smoked. There were long interrogations, usually in the evening, and threats that if she did not confess she would be sent to sew army uniforms in prison.

“I had panic attacks, I couldn’t sleep at night, my heart was seizing up from fear,” she said. Just at the moment when she had made peace with the fact that she could be in prison for years, the surprise discussion took place.

Lukashenko came to the meeting with one aide and his teenage son Nikolai, who in the past has accompanied the president to meetings with world leaders, has appeared dressed in full military uniform, and was even seen brandishing a gun one Sunday in August when Lukashenko decided to fly over the protesters in a helicopter. Nikolai sat through the meeting silently, said Voskresensky, though at one point his father sent him to fetch aerial photographs of protests, which Lukashenko showed to those at the meeting to “prove” the small numbers of people involved.

After the meeting, Tikhanovsky was allowed to speak to his wife, Svetlana Tikhanovskaya, for the first time in more than four months. Tikhanovskaya ran in the election as a unified opposition candidate and fled to Lithuania after the vote, from where she has said she is ready to head a transitional government before new elections. She said after the call that she did not believe in “dialogue at gunpoint”, and promptly announced a “people’s ultimatum” demanding Lukashenko should leave by last Sunday.

In the wake of the deadline passing, a new wave of protests and strikes has begun, prompting another crackdown that hardly suggests the regime is ready for real compromise. On Tuesday Lukashenko suggested students who were striking as a result of Tikhanovskaya’s ultimatum should be “sent to the street, or to the army”, while his interior minister, Yuri Karayev, said this week that the police were “at war” and should not hesitate to use violence against protesters.

Belarusian police block a street during an opposition rally on 25 October. Photograph: AP

“My work now is to make it clear to every local police officer that your life, the future of your children and the happiness of your wife depends on how quickly and decisively you grab your weapon and realise that you are being killed and you are still trying to use persuasion,” said Karayev, in a grim-faced and threatening video address that bore little resemblance to reality. In fact, almost all of the violence so far has come from the side of the authorities. Karayev was removed as interior minister on Thursday; it was unclear for what reason.

Part of the problem is that Lukashenko, like many authoritarian leaders, appears to be fully convinced that without him the country would fall apart. “I built this country, and if I got something wrong it’s because you people didn’t support me, you only criticised,” said Voskresensky, paraphrasing the president’s message at the KGB roundtable.

“He is fully convinced that he is the messiah in this country, and that without him we would not exist,” said Vlasova.

At the end of the meeting, Lukashenko thanked those present and said he would be happy to invite them to his palace “to continue the discussion”. The next day the men were taken to a bathhouse where they were able to steam, chat and eat from a table laid with snacks. Then, most of them went back to prison.

Vlasova is now at liberty but has a court case hanging over her. Her family are begging her to step away from active politics, and she is still recovering from her prison ordeal. “If I try to concentrate on anything I either start crying or get headaches,” she said.

On the other hand, her time in prison has made her more convinced of the need for political change. “I now have a clear understanding that our regime is not just authoritarian, it’s absolutely inhumane … the process of turning us into one big Gulag is under way,” she said.

This week she spent a day writing a letter to Maria Kolesnikova, a fellow member of the opposition’s coordination council and the most visible leader during the August protests. She remains in prison. Vlasova became teary as she described the contents of the letter.

“I wrote that millions of people are fighting for her, that she’s the pride and strength of our country,” she said. “I told her she’s stronger than they are, and that eventually we will win.” 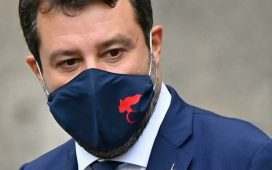 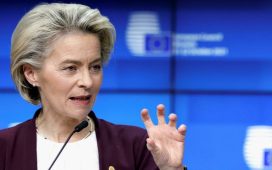 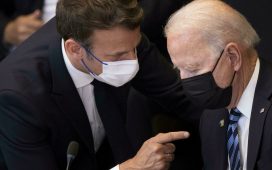