Yvette Cooper has been appointed shadow home secretary in a headline-grabbing reshuffle of Labour’s top team by Keir Starmer.

The Guardian said the “ruthless shakeup” left “almost no senior role untouched” and was “widely viewed at Westminster as accelerating Labour’s shift to the centre”.

The Times said the reshuffle was a “tacit acknowledgement” that Starmer has “failed to cut through with voters and land political blows against the government”.

It added that the promotion of Cooper and Lammy, two “New Labour-era” figures, raises concern over “how reliant Labour’s operation appears to be on Miliband-era talent”. Jeremy Corbyn’s former shadow chancellor John McDonnell certainly felt the reshuffle was misjudged, saying the moves were more like “Christmas Past” than “Christmas Future”.

Meanwhile, Politico felt that the overhaul may be about Starmer moving from his Remainer past to a future of “making Brexit work”. Speaking about the changes to his team, Starmer said a “Make Brexit Work” promise was “a huge part” of his “agenda,” which now would be led by Thomas-Symonds.

However, many felt it was more about Starmer’s ongoing purge of the left. Politico’s London Playbook newsletter said the shake-up left Starmer with a shadow cabinet “that has more battle-hardened veterans in key positions, with some lower profile and more left-wing figures making way – and a leader feeling emboldened by his show of force”.

Starmer’s allies “believe that revamping his frontbench before Christmas will help consolidate his position and continue his shift away from the policy agenda and legacy of his predecessor”, said The Telegraph.

However, a former frontbencher complained to the paper that it was “clearly yet another shift and purge of anyone who doesn’t fit the moderate description”, adding: “This is not going to help increase our appeal among the electorate.”

The overhaul could take Labour a step closer to its first female leader. Sky News pointed out that Cooper’s “big comeback” could pave the way for Starmer’s eventual replacement as leader being a woman. Its headline said her promotion is “sure to shorten her odds of winning party’s top job in future”. She joins other leadership frontrunners including Angela Rayner, Rachel Reeves and Lisa Nandy.

Rayner was “blindsided” by the overhaul, said The Guardian. The Labour leader informed his deputy that he was reshaping his team in a “brief chat” as she moved between media interviews and a major speech on standards in public life.

An ally of Rayner said Starmer would have been fully aware the move would “blow up” her bid to lay out plans for reforming the standards system and said it was “not fair”, the paper reported. 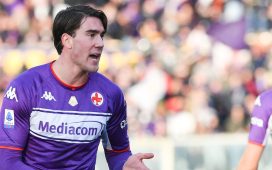