Joe Biden and Donald Trump both have paths to the US presidency, but the Democrat is just one state away from winning the knife-edge election.

To claim victory, a candidate needs at least 270 of 538 electoral votes under the complicated system. As of Thursday morning, Mr Biden had 264 and Mr Trump had 214.

Mr Biden could declare himself the winner as early as Thursday if a clearer picture emerges in Nevada and he gets the six votes he needs to reach the magic number of 270.

If that happens, Mr Trump will continue to contest the outcome and press ahead with his legal battle, meaning the election result could end up being decided by the US Supreme Court, where the conservatives have a 6-3 super majority.

Two days on from Tuesday’s election, millions of mail-in votes are still being counted in four key battleground states that are still too close to call – Georgia, Nevada, North Carolina and Pennsylvania.

Mr Biden is leading in Nevada, while Mr Trump is ahead in Georgia, North Carolina and Pennsylvania.

How can Joe Biden win?

He will reach the required 270 electoral votes if he holds his lead in Nevada, where an updated ballot count will be released from 9am local time (5pm UK time) on Thursday. 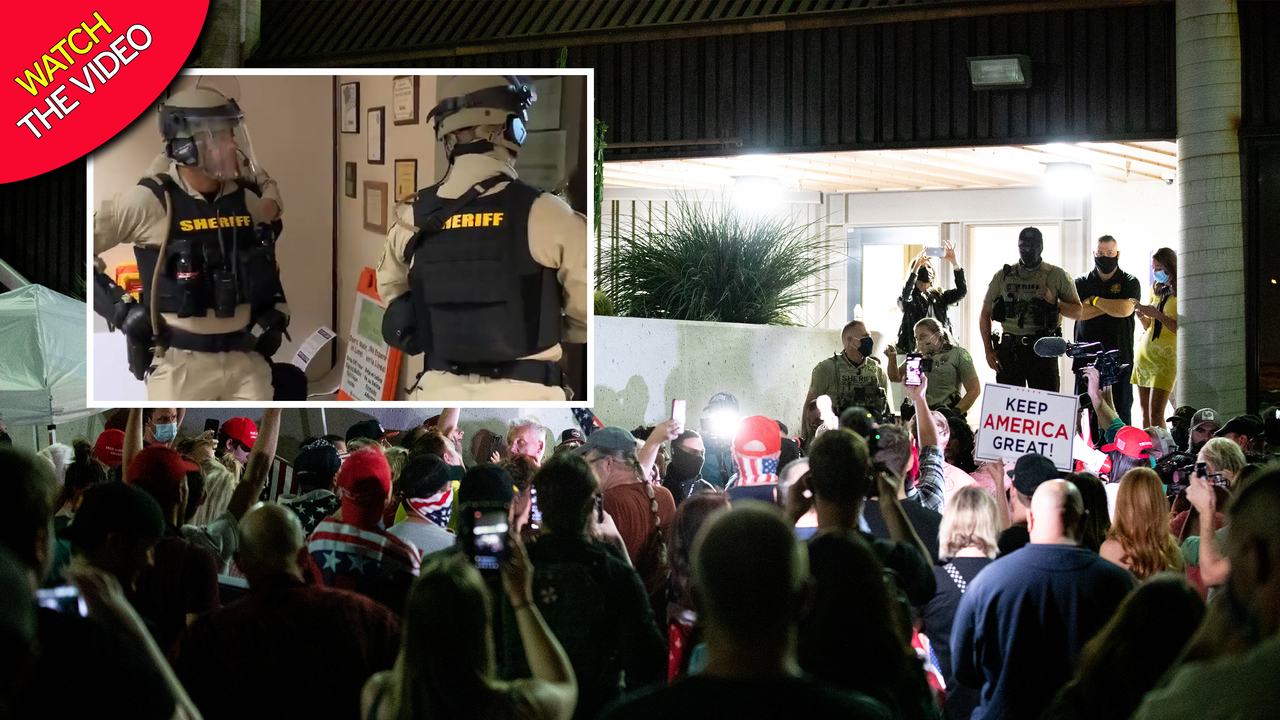 The Democrat still has a chance to win Georgia or Pennsylvania, where Mr Trump holds narrow leads as ballots from heavily-populated cities and counties that traditionally lean blue are still being counted.

A result in Georgia is expected on Thursday. America might have to wait until Friday for a result in Pennsylvania.

Mr Biden is the projected winner of the battleground states of Arizona, Michigan and Wisconsin, which were all won by Mr Trump in 2016 when he defeated rival Hillary Clinton.

However, some US networks, including CNN and NBC News, have not yet declared a winner in Arizona because the race is so close and there are many ballots still to be counted.

If Mr Biden wins Georgia or Pennsylvania, he can afford to lose Arizona and Nevada.

He predicted victory on Wednesday and launched a website to begin the transition to a Democratic-controlled White House.

How can Donald Trump win?

He is launching a multi-state legal battle to hold onto the White House in the event that he loses the Electoral College vote.

His campaign is suing to stop ballot counting in Georgia, Michigan and Pennsylvania, with Democrats fearing Mr Trump could ‘steal’ victory away from Mr Biden with a successful legal challenge.

Mr Trump still has a path to 270, although his odds are much slimmer than those of his rival’s.

The Republican president can retain the White House by holding his leads in Georgia, North Carolina and Pennsylvania, and winning at least one state where Mr Biden is currently leading. Nevada, for example.

As pointed out above, Mr Trump’s leads in the must-win states of Georgia and Pennsylvania aren’t safe at this stage.

Those leads were narrowing as mail-in and absentee votes were being counted.

A result in North Carolina, where Mr Trump’s lead is also slim, isn’t expected until next week.

He is at risk of becoming the first incumbent US president to lose a re-election bid since fellow Republican George HW Bush in 1992, who was defeated by Bill Clinton.

No matter how the election plays out, Mr Trump will launch a legal battle in multiple states, meaning it could be several weeks before a winner is officially declared.

The situation has echoes of 2000, when the Supreme Court intervened and stopped a recount in Florida, handing victory to Republican candidate George W Bush over his Democratic rival Al Gore.

READ  This government threatens the heart of the BBC | Jane Martinson

Before the election, Mr Trump predicted a court fight and even signalled he wouldn’t concede, agree a peaceful transfer of power or willingly leave the White House.

There are fears that a political crisis could lead to violent unrest in the streets of American cities and towns.

With tensions rising, about 200 of Trump’s supporters, some armed with rifles and handguns, gathered outside an election office in Phoenix, Arizona, on Wednesday night following unsubstantiated rumours that votes were not being counted.

Anti-Trump protesters in other cities demanded that vote counting continue.

Police arrested anti-Trump protesters in New York City and Portland, Oregon, and more than 100 events are planned across the country between Thursday and Saturday.