NEWSCABAL
Home » What is the G20 summit and what is on the agenda this year?
world

What is the G20 summit and what is on the agenda this year?


WORLD leaders of the most advanced nations have gathered for this year’s G20 summit.

Boris Johnson, Joe Biden and Emmanuel Macron joined other international premiers to discuss what they deem to be the most pressing issues.

Founded in 1999 as the G7 to give developing countries a more powerful voice in the global economy, the summit brings together industrialised and emerging economies.

The group makes up more than 80 per cent of the world’s GDP and two-thirds of its population.

When it was first started, only finance ministers and central bank governors met at G20 summits.

But a meeting was held between heads of state after the Lehman Brothers crash in 2008, which led to a global recession.

There has been a yearly meeting between G20 country leaders ever since.

Although, between 2009 and 2010, when the global economy was in crisis, leaders met twice a year.

Much of G20’s work takes place on the side-lines and in informal meetings, not at the annual summit.

Participants will include G20 members, guest countries, and representatives from some of the major international and regional organisations.

Ministers of economy and finance are also traditionally invited to attend, and the event is chaired by the President of the Council of Ministers.

Where is the G20 summit being held?

This year’s summit is being held in Rome, Italy.

Meetings between heads of state and government are being held at the Rome Convention Centre in the city’s EUR district.

Security is tight in Rome following violent protests earlier this month over the extension of Italy’s coronavirus pass to workplaces, and a climate march is also expected.

What is on the agenda?

Climate change will top the agenda at the 2021 summit, as well as relaunching the global economy.

Vaccine equality will also be addressed, while the bloc is likely to approve a minimum tax rate for the biggest multinationals.

G20 host and Italian Prime Minister Mario Draghi told the assembled group of leaders ahead of the closed-door meeting: “From the pandemic, to climate change, to fair and equitable taxation, going it alone is simply not an option.”

The group will discuss whether to agree to the goal of limiting global warming at 1.5 degrees Celsius above pre-industrial levels – the most ambitious target outlined in the 2015 Paris Agreement on climate change.

A mid-century target to reach carbon neutrality will also be a hot topic.

The overall theme of the summit is about multilateralism with three pillars – “people, planet, prosperity”.

A more detailed outline of the summit’s “priorities” adds that the pandemic has “made one thing clear” which is that “we live in an era in which local problems swiftly become global challenges”.

Continuing the message of togetherness, it says: “The G20 is also intent on paving the way to rebuilding differently in the aftermath of the crisis [of the pandemic].

“More efficiently, through a better use of renewable energies and with a firm commitment to protecting our climate and our common environment.

“This is a prerequisite for our sustained prosperity. A prosperous future, however, also requires that we properly harness the main drivers of growth and innovation.

“We are working to bridge the digital divide and make digitalization an opportunity for all, improve productivity and – in short – to leave no one behind.”

Which countries will attend the 2021 G20 summit?

The G20 is made up of 19 countries and the European Union (EU) with Spain a permanent invited guest to G20 meetings.

Every year, the country which holds the G20 presidency also invites countries to attend at its own discretion.

The G20 nations are:

Most are in attendance at the 2021 summit, but Chinese President Xi Jinping and Russia’s Vladimir Putin have not travelled to Rome, attending only by video link. 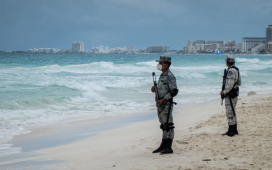 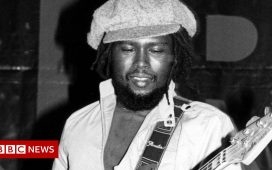 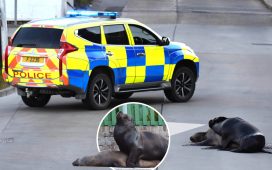 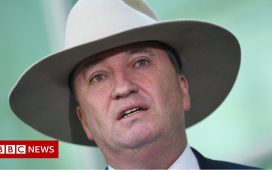