What is happening and when during the Cop26 summit – Kent Live

They will discuss how best they can help combat the climate crisis following the Paris Agreement in 2015.

The Cop26 summit is aiming to urge countries to advance their net-zero commitments to the middle of the century and reduce emissions rapidly over the next decade through commitments on phasing out coal, switching to electric cars and planting trees.

Developed nations are also being urged to stump up the finance – 100 billion US dollars (£73 billion) per annum – needed by poorer nations to deal with climate change.

Downing Street said Cop26 will be one of the biggest events the UK has ever hosted, with 25,000 delegates expected from 196 countries and the European Union. 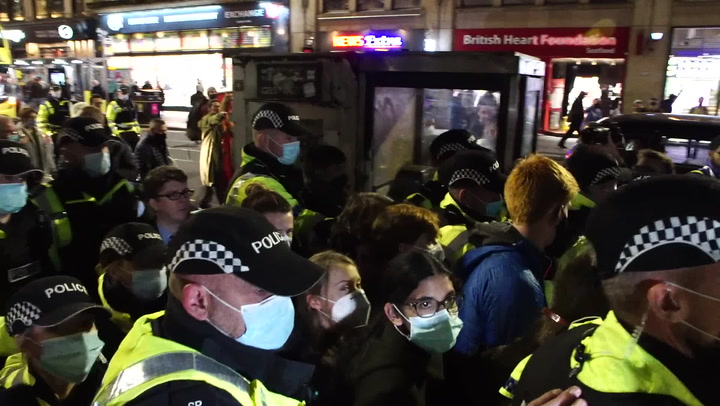 The international climate change conference begins formally on Sunday, with the summit of world leaders starting on Monday.

Here are some of the highlights of what is happening.

Sunday October 31: The UN Cop26 meeting formally begins, kicking off the two weeks of negotiations aimed at driving action on climate change and delivering on the world’s comprehensive climate treaty, the Paris Agreement.

Monday November 1: The two-day world leaders summit begins, with around 120 heads of state and government due to attend.

Prime Minister Boris Johnson will host an opening ceremony attended by dignitaries including the Prince of Wales, and both will give speech to leaders.

World leaders will then set out the action they are taking, in national statements, with US President Joe Biden, German chancellor Angela Merkel, Canada’s Justin Trudeau and Scott Morrison from Australia set to speak on Monday afternoon.

Members of the Royal Family will take part in a series of events, and on Monday evening the Prince of Wales, Duchess of Cornwall, and the Duke and Duchess of Cambridge will attend an evening reception with world leaders.

The Queen had been due to host the reception, but will now provide a video message for it after being advised not to travel to Glasgow on health grounds.

Tuesday November 2: Alongside leaders’ speeches, there will be events with Mr Johnson and other heads of state and government on protecting forests and using land more sustainably, and green energy and infrastructure.

Wednesday November 3: Chancellor Rishi Sunak will kick off the “finance day” of the conference with an event marking progress on delivering a target 100 US dollar billion climate finance commitment, mobilising private finance, and “resetting” the financial sector to support action.

Thursday November 4: Energy day at the talks will focus on phasing out coal and driving the switch to green energy.

Friday November 5: Friday is youth day at Cop26, while out on the streets young people will take part in the School Strike for Climate, marching through Glasgow.

Saturday November 6: Campaigners take to the streets again, with marches in Glasgow, London and other UK cities.

Meanwhile it is nature day at Cop26, so there will be focus by campaigners and businesses on how protecting the natural world can boost wildlife and avert the climate crisis.

Monday November 8: Environment, energy and climate ministers will attend the talks for the high-level ministerial section of negotiations in the second week of the conference.

Theme days continue in the second week, with the focus variously on gender, science and innovation, transport, and cities.

Friday November 12: The talks are due to finish.

But with tricky negotiations on a number of issues and efforts to get countries to agree a road map towards increasing ambition on cutting emissions in the next decade, it is likely they will overrun.

For more stories from where you live, visit InYourArea.