NEWSCABAL > africa > What is Bello up to?
africa

What is Bello up to?


The next presidential election will take place in February 2023. But, a group, Arewa Youth Trust Foundation (AYTF) is urging Kogi State Governor Yahaya Bello to declare his interest in the race.

The Zaria- based group, which claims to have roots across the six geo-political zones, also promised to intensify its advocacy programmes to stem drug abuse, gender-based violence and provision of charitable services to underprivileged communities.

Rising from its meeting in Abuja, the group declared its support for the Kogi governor, if he decides to run for president.

According to the group, Bello is relatively young and he has tried to execute developmental projects in his state.

The group’s leader, Dr Fahad Chikaji Ahmed, said the youthful governor has the ability to take the country to a higher pedestal in its quest to attain the best in terms of growth and development

Ahmed described Bello as a political leader and an administrator who is imbued with a genuine passion to facilitate and promote the socio-economic and infrastructural development of the country.

He also said the governor will ensure the welfare and security of the entire citizenry.

Quoting the famous motivational speaker, John C. Maxwell, the AYTF leader said: “Anyone can steer the ship, but it takes a leader to chart the course. Leaders who are good navigators are capable of taking their people just about anywhere.”

Ahmed, who was a candidate in the 2019 elections for the Kaduna State House of Assembly, said: “Governor Yahaya Bello is someone who stands, not only for his cause, but takes responsibility and motivates other individuals. He showcases a positive attitude and high self-esteem.

“Many Nigerians are proud to endorse his candidature for the presidential seat, not only in the near future, but also in the 2023 elections because he would be a candidate who has the potential to restore peace to Nigeria and also effectively carry the youths along.

Nigerians deserve better and ought to demand better. Governor Bello, as the president, will provide an opportunity for Nigerians to regain their long-established appetite for compromise to tackle the country’s most pressing challenges at home and for a international common cause to safeguard the gains of internal democracy and prosperity.”

The South-East Coordinator of the group, Mike Festus, said: “He is a man of faith and unquantifiable love for others. He took seriously, too, the Quranic Hadith that those who have been given great abilities must use those abilities for others.

“I once heard him say, “to serve the people, you must lead them”. Little wonder, the leadership expertise he has shown in his ability to make Kogi one of the fastest developing state in Nigeria. He is very youthful and active and his loyalty cannot be rivaled. We would want his tremendous achievements to continue to speak for him. He should continue in his good works in kogi State and spread same to every part of the country.”

The Southwest Coordinator, Shogbesan Deborah Oluwapelumi from Odogbolu Local Government Area, Ogun State, said Bello has proved beyond every reasonable doubt his leadership capacity and ability to promote the welfare of youths and women.

She added: “Governor Yahaya Bello has been proving, without any doubt, a leadership role where youth and women are his priorities. He has contributed to the development of youths across the country. He will make a good president in Nigeria.”

At the end of the meeting, Ahmed informed members that the Foundation’s next community service i.e. Drilling of Boreholes will take place at Anka and Gumi Local Government Area in Zamfara State. He said the choice of the two local government areas was informed by the hardships and persistent security challenges confronting them. 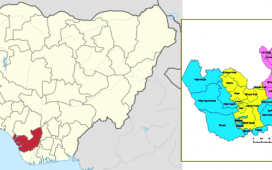