It seems there’s a theme to the past two years of Love Island, and no, it’s not cringeworthy sexy dance routines.

Last year, Dani Dyer revealed to Jack Fincham that her dad is film hardman, and was excited but somewhat shaken to discover the news. After all, you don’t wrong the daughter of a Queen Vic landlord and come away from it unscathed.

This year, Belle Hassan is the heir of the hooligan (on-screen, of course) Tamer Hassan, and revealed that fact to her in-villa bae Anton after they coupled up at Casa Amor.

At the time, Anton joked that his head wouldn’t be turned, feigning being scared and laughing with Belle.

He may have been closer to the truth than he’d hope, however, as it turns out Tamer has some harsh warnings for the Scot. Plus, after Anton gave his number to a cashier in last night’s episode, these warnings may just become realities.

But what has Tamer said about the relationship so far, and has he commented on last night’s antics?

Tamer has been retweeting a number of jokes on his Twitter account about the whole situation, including clips of him in gangster movies calling Scottish people ‘sweaties’.

One post that he shared seemed to come from an acquaintance, with them saying ‘Tam is a lovely fella but you dont wanna cross him or hurt his family. Trust me ive played in the same football team and seen him switch’.

51-year-old Tamer has also told the Sun, ‘I kept saying, “Anton, I dare you.” I thought, “If you say anything that ain’t true or upset Belle, then mate I am coming in on a helicopter with a parachute and I am picking you up and taking you out,”‘

He added that there would be issues if Anton didn’t treat Belle like a queen, adding to the publication: ‘So I’m telling you, Anton, be nice.’

Before Belle entered the villa, she said that her dad was her best friend, and that his appearences on The Football Factory and Game of Thrones had been her link to the ‘famous world’ and the Dyers.

Whether he’ll be best friends with Anton after last night remains to be seen, however, as Tamer told Metro.co.uk: ‘If it happens and they come home, he’s going on a little road trip with dad and her brother. We’re going to take him on a little road trip and give him the usual grilling, “Come on son, you’re with us”.’

‘I’m going to sit him on the top of a mountain and give him a grilling,’ he joked.

‘So he better behave himself!’

Not sure if giving your number out to people in shops counts as good behaviour, nor is getting Belle to shave his bum. However, Tamer does have a softer side, saying about Anton: ‘Listen, the boy is ambitious, he’s good looking, he’s fun, he’s funny, he’s lovable and adorable and if he’s really that then I think they can be a match made in heaven I really do.’ 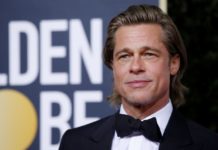 James Martin weight loss – how did the chef lose weight?