NEWSCABAL
Home » What channel is Porto vs Liverpool on? Kick-off time, TV and livestream details
football

What channel is Porto vs Liverpool on? Kick-off time, TV and livestream details 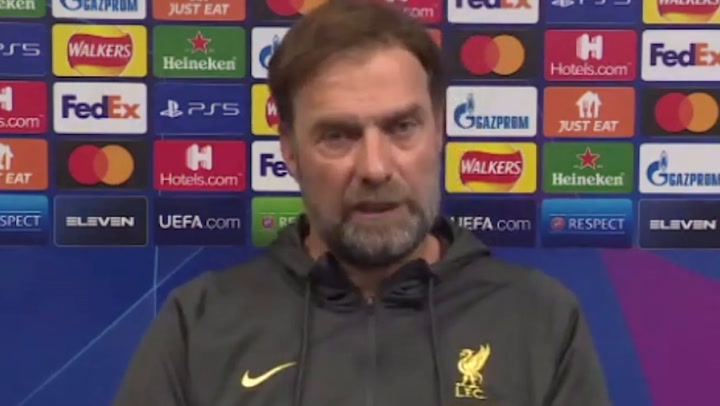 Liverpool have had a rampant start to their season at home and on the continent.

The Reds look reminiscent of their title-winning side and kicked off their Champions League campaign a fortnight ago with a thrilling 3-2 win over a good AC Milan side.

Anfield was at full volume for the first European clash that saw a stunning Jordan Henderson volley clinch the win.

Since, Liverpool won back-to-back games 3-0 over Crystal Palace and Norwich, before an end-to-end 3-3 draw with newly-promoted Brentford.

In their last Champions League outing, Porto drew 0-0 with Atletico Madrid in a tightly fought game.

The Portuguese side was denied a late winner after Iranian striker Mehdi Taremi capitalised on an Atletico defensive error but as he bundled the ball into the goal, hit it with his hand.

In three of the last four previous seasons in which the clubs have met in Europe, Liverpool have gone on to make the final three times.

This included the Champions League winning run of 2019.

The group B clash kicks off at 8pm at Porto’s Estádio do Dragão.

The game will be televised on BT Sports 3, with coverage starting at 7:15 pm.

BT Sports subscribers will be able to watch on the app, or online.

At a press conference ahead of the clash, Klopp said: “A big squad will travel. 23 are with us and apart from the longer term injuries, they are all in.

“No Thiago, Harvey and the rest available. No new concerns at the moment.”

Thiago has been out with a calf injury since the Crystal Palace clash on September 18th and Elliot after a serious ankle injury when Liverpool played Leeds.

Naby Keita returned to training on Monday after missing the Brentford match and is fit for the game.

Porto will be without goalkeeper Agustin Marchesin who has been out since August after knee surgery.

They will also miss Chancel Mbemba Mangulu who got sent off in the 90+5th minute of their last tie.

Ex-Real Madrid centre-back Pepe has not played since a leg injury suffered against Atletico, but the veteran could return to face the Reds.

Klopp was weary of any defensive repeats following the 3-3 draw with Brentford, he said: “We have to show a reaction. It’s tricky to win a game when you aren’t defending on your highest level and that’s what we didn’t do.

“It wasn’t just the last line, in general we had problem with defending.”

Despite a favourable record against Porto, striker Diogo Jota cautioned against overconfidence in today’s press conference.

The Portuguese striker, who was born in Porto, said: “At Dragao, it’s never easy for away teams, so if we let ourselves go there and think about those results, we will struggle.”

Premier League respond to ‘plans’ of fixtures being played abroad