What can happen in the Champions League tonight: Liverpool, Man City and Bayern Munich permutations

The Champions League group stage has reached its halfway point with several teams on the cusp of qualification, including several of the Premier League’s representatives.

Liverpool and Man City, meanwhile, can both wrap up early qualification in their fourth games of the group stage.

Here’s what can happen on Wednesday night:

A draw will be enough for Hansi Flick’s side if Atletico Madrid avoid defeat by Lokomotiv Moscow.

One point separates Borussia Monchengladbach, Shakhtar Donetsk and Real Madrid in one of the most tightly-contested groups.

Inter cannot be eliminated this week but need to gain ground as they welcome Madrid to the San Siro.

Manchester City only need to draw with Olympiacos in Athens on Wednesday night in order to reach the knockout stages after taking maximum points from their opening three games.

Marseille are cast adrift with no points at the bottom of Group C and will be eliminated if they lose to Porto.

Liverpool’s task is simple: beat Atalanta at Anfield and they will qualify with two games to spare.

A draw will be enough for Jurgen Klopp’s side if Ajax fail to defeat Midtjylland, who are playing to keep their hopes of progression alive. 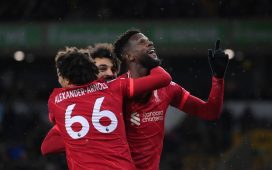 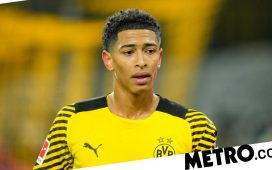 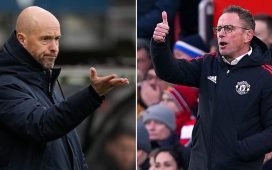