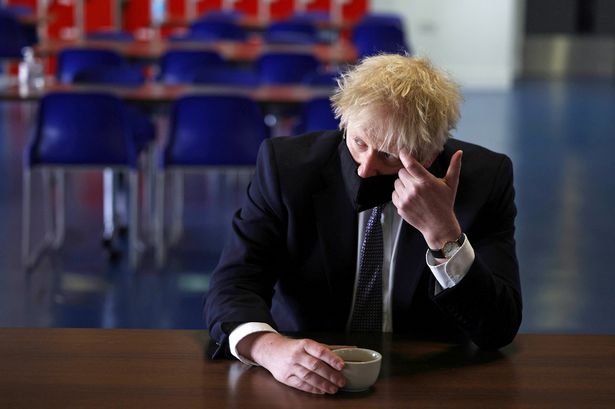 Boris Johnson held onto the safe seat of Old Bexley and Sidcup – but the Tory majority was slashed from nearly 19,000 to just 4,478.

In the first of a cluster of closely watched by-elections, voters went to polls on Thursday to elect a successor to Tory James Brokenshire, who died from lung cancer in October.

Local councillor Louie French was elected with 51.5% of the vote share, with a 10% swing to Labour in a seat that has been Tory for decades.

The Reform Party leader Richard Tice took 6.6% of the vote, as the party – formerly known as the Brexit Party – fielded its first candidate in the seat.

Labour said the PM should be worried by the result – but Tory chairman Oliver Dowden insisted it was a “good result for a governing party mid-term”.

The Mirror spoke to respected polling expert Professor Sir John Curtice on what we can learn from the result – and what it means for Boris Johnson and Keir Starmer.

Should the Tories be worried?

Prof Curtice said the result was broadly in line with the current national opinion polls, which show a six point swing from Conservative to Labour compared to the 2019 election.

“Basically the Tory lead has gone but Labour are not ahead,” he said.

“Given that Governments usually do worse in by elections than they’re doing currently in the polls, I think broadly speaking, a 10 points swing from Conservative to Labour is pretty much what you would expect.”

He added: “There’s always a risk of over interpreting individual by-elections. I think that risk is particularly high for an individual by election that takes place in December in a very safe seat that nobody ever thought was going to change hands.”

Why was turnout so low?

Turnout for the December 2 by-election was 34%, meaning only a third of eligible voters went to the polls to cast their ballot.

He explained: “If you want to get a low turnout you hold a by-election near Christmas, and obviously probably the state of the pandemic doesn’t help.

“Low turnouts in December are certainly nothing new.”

Asked if Conservative voters could have been staying at home, he said: “Sure, there’s always a bit of that when people are somewhat pissed off.

“If you hold up by-election close to Christmas when people are not particularly tuned into politics and at the moment most people are probably worrying about whether they can go ahead with the plans that they’ve got for Christmas.”

He pointed to other examples of winter by-elections, including Manchester Central in 2012 when turnout was just 18% and Croydon North when it was 26%.

Prof Curtice added: “The point is this is a lousy time to hold a by-election.”

Boris Johnson faces a threat from the right

But Boris Johnson has cause to worry as the swing is “more to do with the fall in the Conservative vote than the rise in the Labour vote”, he said.

“The slightly worrying thing for the Tories is of course that in this by election, in a place which does have a very pro-Leave vote – this is not London, politically this is provincial England – so with a place that had over 60% of a leave vote, I’m sure if something like a Eurosceptic, anti-immigration party’s going to do well – this is the kind of place where it is going to do relatively well.”

The Reform Party – which was once Nigel Farage’s Brexit Party – picked up around 6.6% of the vote share, and most of that support will have come from the Tories, he said.

Prof Curtice said: “We do have to bear in mind that the reason why Boris Johnson won the 2019 election is not because the majority of people were in favour of Brexit. The country is actually divided down the middle on that.

“It is because he managed to unite the Leave vote and he does not want that particular attribute to be put at risk by a challenge from the right as opposed to defending the Leave vote from incursions by Labour.”

Prof Curtice said Remain Tories have tended to stay loyal to the party but the Leave vote has gone up and down since 2019.

“A lot of the fall in Tory support since 2019 has occurred amongst Leave voters and you can see that some of it – though not all of it – looks as though it’s gone the direction of Reform.”

He questioned how Reform would do in a general election without having Brexit in its name.

But he added: “Certainly it’s a warning to the Tories that if Reform were able to take off they are the ones who are going to suffer.”

A long way to go for Labour

He said: “I think that the message is there is still a very, very long way to go.

“The opinion polls are telling us the Labour vote is up by four points.

“Quietly we’re back into a situation not a million miles away from 2019 where both Conservative and Labour are pretty unpopular. I mean, they’re both running at 37%.

“So they’re neither of them particularly popular. I think the good news for Labour is that they probably are somewhere neck and neck with the Tories in national standing.”

Under Ed Miliband’s leadership, Labour often polled ahead of the Tories between 2010 and 2015 but they lost the election.

Prof Curtice added: “I think I’m right in saying that even if there were a 10% swing in every constituency in the country, that still wouldn’t be a Labour majority because of course the electoral system is very difficult for Labour Party to beat, particularly for so long as they are so weak in Scotland.”

The Tory vote has been declining over the autumn, linked to issues such as petrol shortages and sleaze, he said.

“All of this has done a dent in the Tory position but it still only puts the Labour Party even-stevens with the Tories, which is the best they have been at any point.”

He said Labour appeared to be shifting its approach, with Mr Starmer taking a more bullish stance at PMQs and reshuffling his shadow cabinet.

Prof Curtice added: “At the end of the day the crucial thing that is still missing from the Labour offer is something that people go, ‘Yep, I know what they stand for and I think they can deliver it’.

“At the moment on both those crucial criteria – can this party do better than the current lot even if I’m not necessarily thinking the current lot are particularly good – voters are still not convinced of that.”

He said people can imagine Labour leader Keir Starmer as PM but he still needed to win them over.

“Time’s beginning to run out,” he said.

Prof Curtice said Labour had begun to win back some of the Leave voters it lost but he said there were questions on whether Labour could continue to avoid addressing Brexit.

“The issue that’s still above all structuring party choices is people’s position on Brexit. It’s diminished…. but it’s still stuck.

“The Labour Party, despite it’s best endeavours, it’s still about two and a half times more popular amongst Remain voters than Leave voters.

Can we learn anything for the North Shropshire by-election on December 16?

There is another by-election in North Shropshire in two weeks’ time to replace Tory MP Owen Paterson, who resigned after he was found to have misused his position to lobby for two private firms.

Prof Curtice warned against trying to predict what will happen based on the Bexley result as he said there were different factors at play.

He expressed scepticism about hopes among Liberal Democrats of a repeat of their upset at the Chesham and Amersham by-election in June – which saw the Tories lose the seat for the first time since the 1970s.

“North Shropshire is also a 60% Leave vote and the Liberal Democrats are trying to come in from third place.

“I know they’ll tell us that they were second place in the local elections and apparently you know, there’s an understanding that the Labour party aren’t trying too hard but it’s still a very substantial challenge in what is a safe Tory seat and it’s not a part of England where there’s previously been much of a flicker of life in the Liberal Democrats.”

He said it was “brilliant timing” for the Tories as it was just before Christmas so everyone will forget the result quickly, even if there is an upset. 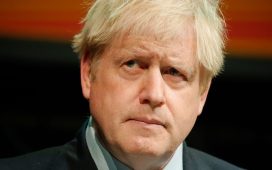 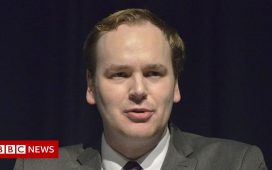 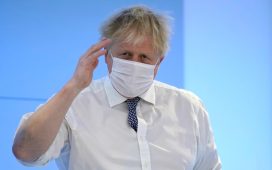