Four people have died following an outbreak of Wuhan coronavirus in China.

The deadly virus has so-far infected more than 200 people, with cases reported in Japan, Thailand and North Korea.

It belongs to the same family of coronaviruses that causes Severe Acute Respiratory Syndrome (SARS), which originated in China in 2002 and killed nearly 800 people around the world.

The World Health Organisation (WHO) is now urging countries to ‘strengthen their preparedness for health emergencies’.

Here is everything you need to known about the symptoms and transmission of Wuhan coronavirus.

What is Wuhan coronavirus?

Coronaviruses cause mild to severe respiratory illnesses, ranging from the common cold to severe diseases, such as SARS or Middle East Respiratory Syndrome (MERS).

Most people will come into contact with mild coronaviruses at some point during their life.

The Wuhan coronavirus is a new strain of the virus, currently named after the area in China where it is believed to have originated.

Early symptoms of the Wuhan coronavirus include a fever, a dry cough, a sore throat and shortness of breath.

Scans on some patients have also shown fluid in the lungs consistent with viral pneumonia.

Ketamine-based drug ‘licensed for use in UK to treat depression’

However, many of those in hospital for the virus were reported to have shown generally stable vital signs at the time of their admission.

The WHO recommends anyone suffering symptoms suggestive of a respiratory illness seek medical attention and share their travel history with their care provider.

The virus is more likely to progress into a severe illness among older patients or those with weakened immune systems.

How does the virus spread?

China’s National Health Commission says the Wuhan coronavirus can be spread from person to person, with some medical workers among those affected.

However, the WHO say they are still investigating possible modes of transmission.

Girl, 8, who planned her own funeral dies after doctors missed cancer for five years

They suggest avoiding close contact with anyone suffering from an acute respiratory infection and ensuring coughs and sneezes are covered with disposable tissues or clothing.

Frequent hand-washing is also recommended, as well as avoiding unprotected contact with farm or wild animals.

There is currently no vaccine available for the virus, although the first patient of the illness is now at home in a stable condition.

Coronavirus: British man who was on Diamond Princess ship dies in Japan 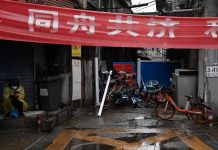 WHO raises global risk of coronavirus from 'high' to 'very high' 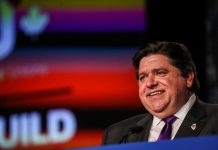