With Antonio Conte in advanced talks with Tottenham to become the club’s next manager, there is one issue that the Italian will devote his time to above all else should he arrive in north London as Jose Mourinho’s replacement.

Harry Kane recently intimated his desire to leave his boyhood club by asking Daniel Levy to listen to offers for him this summer.

The 27-year-old’s comments came following Mourinho’s departure and at a time when Spurs’ search for a new manager was stagnating after Brendan Rodgers pulled out of the running and Erik ten Hag signed a new deal at Ajax.

However, the arrival of a manager of Conte’s ilk could help persuade Kane to stay in north London and it’s clear how the Italian feels about the England skipper.

Conte got to see Kane up close during his two years with rivals Chelsea, where he won the Premier League and FA Cup.

Spurs battled Chelsea for the title in 2017 but it was Conte’s side that won the war, lifting the Premier League during the Italian’s debut season at Stamford Bridge.

That summer Conte spent big on Real Madrid striker Alvaro Morata but he told the travelling journalist pack on Chelsea’s tour that he would love to sign Kane should the forward become available.

And Conte made no secret of his admiration for Kane with his public comments about the England captain, describing Kane as a £100m+ player.

‘Tottenham is a really good squad if they are able to keep all the players,’ Conte said in 2017.

‘For me, [Harry] Kane, now, is one of the best strikers in the world. If I had to buy one striker I would go to Kane. He is a complete striker.

‘He is strong physically, with the ball, without the ball, he fights and he’s strong in the air and acrobatic on the right and the left. He’s a complete player.

‘He’s one of the top strikers in the world. If you go to buy Kane now it would be at least £100m, at least.

‘For me, if I see this price for a striker I know for sure he’s a big striker.’

Tottenham plan on keeping Kane and in any case the forward is valued at £150m by chairman Daniel Levy.

Manchester United, Manchester City and Chelsea have all expressed an interest in Kane, with Thomas Tuchel’s side said to be the most willing to meet Spurs’ asking price.

However, Kane’s preference would be to move to the north-west as he does not want to taint his legacy at Spurs by joining Chelsea. 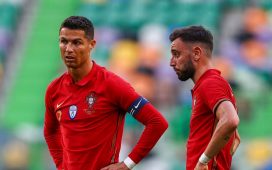 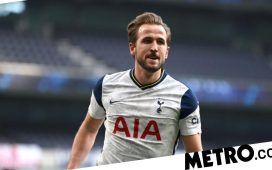 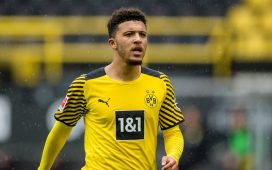