Wetherspoon hits out at plans for post-pandemic VAT increase


Pub chain JD Wetherspoon has hit out at UK government plans to reinstate the value added tax on food served in bars and restaurants, arguing that it will have to raise the price of meals by at least 40p.

The tax was cut from 20 to 5 per cent when the pandemic hit to help struggling businesses, but it is set to rise to 12.5 per cent in September and return to normal levels in stages over next year.

Wetherspoons, which is known for its cheap drinks, said on Wednesday that the staged increase would “make the entire hospitality industry less competitive vis-à-vis powerful supermarkets”, which pay no VAT on food.

The UK pub group accused the government of acting like a television character, saying: “For many years, UK governments have therefore behaved like Monty Python’s Dennis Moore — who robbed the poor (in this case pubs and restaurants) to help the rich (supermarkets)”.

Wetherspoons has like most other pubs and restaurants struggled with successive lockdowns and social distancing rules. In March, it reported a record pre-tax loss of £46.2m in the six months to the end of January and blamed the UK’s pandemic policy for causing “economic and social mayhem and colossal debts”.

The group’s recovery could be slower than others given its concentration in city and town centres and the number of airport pubs it operates. Wetherspoons’ share price, which is still trading roughly a quarter lower than in January last year, was down just over 1 per cent on Wednesday morning.

But the picture is slowly improving. Wetherspoons also said it had gradually reopened 99 per cent of its pubs as UK restrictions have eased, with like-for-like sales between May 17 and June 10 were 8 per cent below the same period in 2019.

It also said landlords and local councils had been “extremely flexible” with allowing leisure businesses extra space outdoors, such as on sidewalks, “which has helped Wetherspoons and the licensed trade generally”.

The company has, however, been hit by its decision not to screen Euro 2020 matches, with like-for-like sales since the tournament began down by almost 21 per cent.

Wetherspoons’ chair Tim Martin said he expected the group to make a loss for the year ending July 25, and that sales for the following year were likely to be in line with those recorded in 2019.

The pub boss, who campaigned passionately for Brexit, is one of several hospitality heads who have expressed anger at the government’s treatment of the industry, saying it has been unfairly targeted for extended periods of closure. 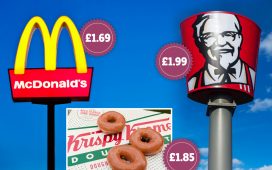 Food and drink freebies you can get instantly from McDonalds, KFC and Krispy Kreme 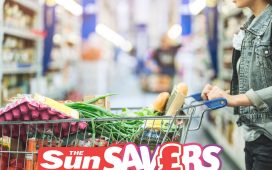 Britain's COVID-19 cases down by 33% over past week