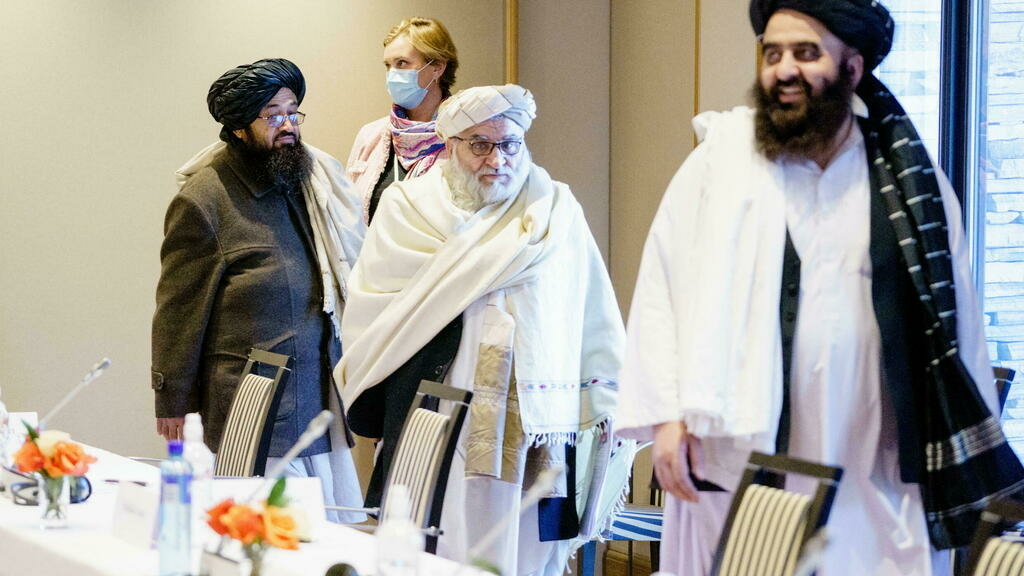 Western diplomats Tuesday linked humanitarian aid to Afghanistan to an improvement in human rights after meeting a Taliban delegation on a landmark visit to Europe.

On the final day of the Taliban‘s first official trip to Europe since returning to power in August, the fundamentalists held talks behind closed doors with several Western diplomats.

The Taliban are seeking international recognition and financial aid.

Afghanistan‘s humanitarian situation has rapidly deteriorated since the Taliban returned to power in August 2021, when international aid came to a sudden halt, worsening the plight of millions of people already suffering from hunger after several severe droughts.

Western diplomats laid out what they expected from the Taliban during the talks.

The European Union’s special envoy to Afghanistan, Tomas Niklasson, wrote on Twitter that he had “underlined the need for primary and secondary schools to be accessible for boys and girls throughout the country when the school year starts in March”.

He was responding to a tweet from a spokesman for the Afghan foreign ministry hailing the EU’s commitment to “continue its humanitarian aid to Afghanistan”.

‘Girls back in school’

At the United Nations in New York, Norwegian Prime Minister Jonas Gahr Store said the talks appeared to have been “serious” and “genuine”.

“We made clear we want to see girls back in school in March, also those above 12. We want to see humanitarian access,” he said.

The Taliban have hailed this week’s talks — held in a hotel near Oslo — as a step toward international recognition.

The Taliban foreign minister on the sidelines of talks on Monday said: “Norway providing us this opportunity is an achievement in itself because we shared the stage with the world.”

“From these meetings we are sure of getting support for Afghanistan’s humanitarian, health and education sectors,” he added.

Norway has insisted the talks do “not represent a legitimisation or recognition of the Taliban”.

But its decision to invite the Taliban — and fly them over in a chartered jet at great expense — has been heavily criticised by some experts, members of the diaspora and Afghan activists.

No country has yet recognised the fundamentalist regime, and the international community is waiting to see how the Taliban intend to govern before releasing aid.

The Norwegian prime minister said he knew many were troubled by the meeting in Oslo, but said it was a first step to avoid “humanitarian disaster”.

“The alternative to leave Afghanistan, one million children, at the danger of starving… that is no option. We have to deal with the world as it is.”

Norwegian state secretary Henrik Thune earlier said: “This is not the beginning of an… open-ended process.”

“We are going to place tangible demands that we can follow up on and see if they have been met”, he told Norwegian news agency NTB ahead of his talks with the delegation on Tuesday evening.

‘More of these meetings’

The demands were to include the possibility of providing humanitarian aid directly to the Afghan people, according to NTB.

Norway was also to call for human rights to be respected, in particular those of women and minorities, such as access to education and health services, the right to work, and freedom of movement.

While the Islamists claim to have modernised, women are still largely excluded from public-sector employment and most secondary schools for girls remain closed.

Norway was also expected to raise the plight of two women activists who went missing in Kabul last week after taking part in a demonstration. The Taliban have denied responsibility.

Meanwhile, the head of the Norwegian Refugee Council, Jan Egeland, told AFP before sitting down with the Taliban and other non-governmental organisations: “We cannot save lives unless all the sanctions are lifted.”

Freezing aid is “hurting the same civilians that the NATO countries spent hundred of billions on defending until August”, he said.

Some 55 percent of the Afghan population is now suffering from hunger, according to the United Nations.

In Oslo, a Western observer at the talks told AFP “there were some incremental shifts on both sides”.

“But I think we’re going to need more of these meetings before the Taliban and the West find a way of dealing with each other”.