West Ham midfielders Declan Rice and Tomas Soucek would ‘walk into’ the current Manchester United team, according to Trevor Sinclair.

Rice and Soucek were both brilliant for the Hammers last season and helped the east London club finish sixth in the Premier League and qualify for this year’s Europa League.

Manchester United enjoyed a fantastic summer transfer window, signing Cristiano Ronaldo, Jadon Sancho and Raphael Varane, but fans and pundits were surprised the club did not bring in a new central midfielder.

Sinclair believes United’s midfield is their weakest area and says West Ham duo Rice and Soucek would ‘walk into’ Ole Gunnar Solskjaer’s side.

‘I’ve said it last season, we were talking about this exact fixture, and I said Declan Rice and Soucek would walk into the Manchester United team,’ he told talkSPORT.

‘I don’t think their two or three holding midfielders would walk into the West Ham’s team.

‘I think they are probably as good as you’re going to get in the Premier League at the moment.

‘Soucek brings his unique running power, he’s a real boss in both boxes, and Rice with his composure and ability to run the game at the back is absolutely brilliant.

‘The shape and the chemistry all over the pitch, everyone looks like they are enjoying playing for Moyes.’

Manchester United, currently sitting top of the Premier League, will come up against Rice and Soucek on Sunday when they travel to London to face in-form West Ham.

Hammers top scorer Michail Antonio will not feature as he is serving a one-game suspension after being sent off for two bookings during the draw at Southampton last weekend.

‘But I don’t think it will stop them from making it out of their group. If anything, it could be beneficial.

‘The hype around Cristiano Ronaldo’s return might have meant a few people were getting carried away but that defeat should focus them, and remind them how much work they have got to do. United to win 2-0.’ 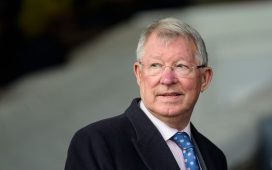 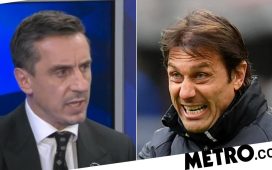 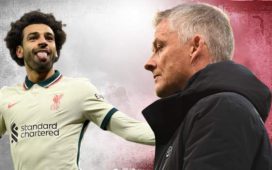