The Metropolitan Police and West Ham United are investigating a video in which a supporter can apparently be heard aiming Islamophobic abuse at Liverpool’s Mohamed Salah at the London Stadium on Monday night.

The incident was captured in a video posted on Twitter and the alleged abuse appeared to occur as Salah took a corner for Liverpool during the first half of his team’s 1-1 draw away to West Ham in the Premier League. In the footage, recorded in a home area of the ground, someone is heard shouting “Salah, you fucking Muslim, fucking Muslim cunt” at the Egyptian forward.

The Met said they were aware of the video and were in the process of reviewing the footage. “No arrests have been made and enquiries continue,” a statement added. “Anyone who witnesses inappropriate behaviour during a match is urged to bring it to the attention of a steward or police officer.”

West Ham are examining the ground’s CCTV footage and are working with the police as they attempt to identify the perpetrator. The club has vowed to take firm action against anyone found guilty of racial abuse.

A West Ham United spokesperson said: “At West Ham United, we have a zero tolerance policy to any form of violent or abusive behaviour. We are an inclusive football club. Regardless of age, race, religion or belief, marriage or civil partnership, pregnancy or maternity, sex, sexual orientation, gender reassignment or disability, everyone is warmly welcomed at London Stadium.

“Anyone identified committing an offence will have their details passed to the police and will face a lifetime ban from London Stadium. There is no place for this kind of behaviour at our stadium.” 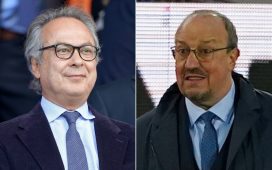 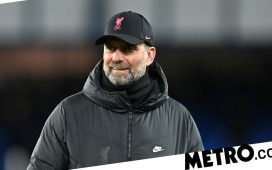 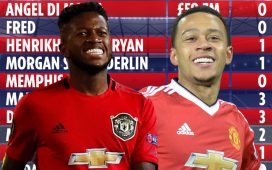