NEWSCABAL > sports > Wentz to the Colts? Stafford at the 49ers? A look at the NFL quarterback carousel
sports

Wentz to the Colts? Stafford at the 49ers? A look at the NFL quarterback carousel


Stick or twist? That is the question front offices across the NFL will be asking this offseason. Do we keep our good-not-great quarterback? Do we roll it back with the veteran for one more year? Or dive into the rookie pool?

By a quick, back-of-the-envelope estimate, there are 16 quarterback-needy to quarterback-curious teams in the league. But there are only so many quarterbacks to go around, and there’s always the potential for some post-playoff retirements.

Here is your primer for the next few months.

In an ordinary world, Carson Wentz would be a hot commodity on the trade market. At times over the past four years, he has been a semi-legitimate MVP contender. He was one of the highest-graded prospects of the past decade across the board – and he has delivered on that hype in bursts. In the three seasons following his rookie year and prior to this season’s slump, he tossed 81 touchdowns to 21 interceptions.

But this is a salary cap world, and Wentz has morphed from a once-promising prospect into a player with an albatross of a contract. The Eagles handed Wentz an egregious contract prior to the start of this season. It treats him as a once-in-a-lifetime star, while the team itself was busy drafting his replacement. Wentz will cost $34m against someone’s cap next season. And if the Eagles are able to find a trade partner, it will come with a $59m dead cap charge, hamstringing anything the franchise can do in free agency or the trade market.

Based on money alone, the best option would be to keep him around for an extra season when the Eagles have an opt-out built into his deal. But there are reports of an irreparable fracture in the relationship between the team’s head coach, Doug Pederson, and Wentz. And with the team choosing to bring back Pederson in 2021, there is no avenue to keep Wentz on the books.

If any team is set-up to take on Wentz’s cap charge, it’s the Indianapolis Colts. In Frank Reich, they have the man who served as Wentz’s quarterback coach during his best times in Philadelphia – a coach who understands his strengths and flaws and whose system could revive the 28-year-old’s flagging career. The Colts can also find the spare cash. This season they’re spending $25m on the 39-year-old Phillip Rivers, but it’s only a one-year deal – after that the money is freed up to spend on Wentz.

If Week 17 was the last game of the Matthew Stafford era in Detroit, it served as the perfect microcosm. Playing one week after he rolled his ankle, with a partially torn ligament in his throwing hand and ripped cartilage in his rib, Stafford played great. It didn’t matter. The Lions lost.

Stafford’s career serves as a push back to the ‘just land a quarterback’ theory. Stafford has been the best quarterback the Lions have had in a lifetime. Injuries have started to tot up, but he remains one of the most sophisticated passers in the game, despite the institutional mess surrounding him.

This year still feels like the final Stafford-Lions run – he gave everything, and it wasn’t enough. A new regime in Detroit will most likely hit the reset button, and that’s good news for Stafford and quarterback-needy franchises. At 32, Stafford is still slap-bang in his prime. Remember: Peyton Manning joined the Broncos at 35 before going on to shatter every record in the books.

If he is available for a bottom-end first-round or a second-round draft pick, Stafford should be at the top of every quarterback-needy team’s list.

Darnold is the quintessential reclamation project. He should have a ton of suitors around the league, particularly if he’s available at an affordable trade price. His talent and promise have been derailed by the Jetsy-ness of the Jets and the incompetence of Adam Gase.

Not that Darnold is faultless. Each season in the league, he has regressed. Remember his debut against Detroit in 2018? Darnold played with the same swashbuckling style that defined his game in college.

Over time, all of that has been lost. He has become skittish in the pocket, worried about getting hit yet getting hit far too often. If the history of the league tells us anything, it’s that players who struggle with the speed of the game in the pocket rarely have everything click in years four or five or six or seven.

Still: Darnold deserves the benefit of the doubt, and he is still only 23 (a year younger than Joe Burrow). With a competent franchise, he could carve out a career as a slid quarterback, the kind who can take a team to nine or 10 wins and sneak into the playoffs.

It’s unlikely the Jets will deal Darnold within their division to the Patriots, but the 49ers are one to keep an eye on if they strike out on other options. The bookmakers actually have Darnold staying in New York, not out of the question given the team’s, ummm, eccentric management style. The other serious possibility: one of the newly rebuilding teams – Detroit, Atlanta – bets on Darnold on the cheap.

With minimal help, Ryan finished in the top 10 in quarterback DVOA again this season. With a good group around him, he can still be great.

The Falcons are at a crossroads. They can continue with the aging core of the team that took them to the Super Bowl in 2017, or they can tear everything down and rebuild. According to the latest reports, owner Arthur Blank is finally ready to sanction the latter.

That leaves Matt Ryan in an interesting position. He can hang around and help bridge the two generations if the Falcons opt to select a quarterback with the fourth overall pick. Or, he could look to move to a team with a youngish timeline but further along than Atlanta and try to piece together a second act elsewhere. Or, he could enter the hired-gun phase of his career, latching onto a one-piece-away contender and trying to push them to a championship.

The 49ers and Rams immediately spring to mind. Both franchises have good-not-great quarterbacks on non-rookie deals. Both have pushed their payrolls and dumped assets on trying to win now And there’s also the Chicago option if the Bears punt on the Mitch Trubisky experience after the playoffs.

Chicago’s Mitch Trubisky conundrum is both the trickiest and easiest in the league. Good teams do not move on from quarterbacks who guide them to the playoffs; Trubisky is not good enough to deliver long-term, sustainable success as the roster around him withers away. If ever there was a franchise and a roster that should take a big swing, be it in free agency of the draft, it’s the Bears.

The Bears should thank Trubisky for his good run of form to close out the season, and then find an upgrade this offseason before the rest of the roster ages out of contention. Otherwise, Chicago risk heading into quarterback purgatory for another two to three years.

Trubisky will have suitors elsewhere who will be happy to bring in a young quarterback on a prove-it deal. But it’s no guarantee that he will even be a week one starter by the time the 2021 season rolls around.

Prediction: Sticks with the Bears as an insurance policy 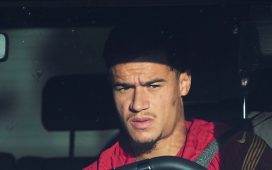 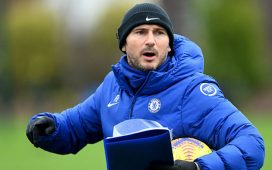 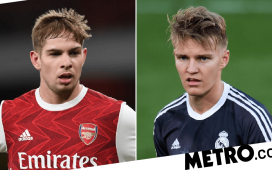 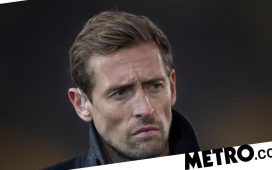