WENDY Williams’ brother opened up about the family’s struggles after their mother died admitting that he wishes he reacted differently towards his sister’s way of mourning.

The talk show host has been suffering from serious health issues in addition to grieving her mother’s passing last year.

Wendy’s younger sibling, Tommy discussed how the family is doing following the loss of their matriarch in an exclusive interview with The Sun.

“We’ve all been struggling with and I can speak for myself definitely is the passing of our mother, the matriarch of the family. It’s not easy.”

The 54-year-old, who had previously called his famous sister out for not showing up to their mother’s funeral last year, said he felt he could have done a better job in handling the situation.

Tommy also said that his also grieving father had intervened in their spat.

He explained: “Thankfully I had my patriarch who was able to talk to me and say: ‘Tommy, you might want to call your sister. Everybody’s dealing with things in a different manner, plus, she’s dealing with her divorce from Kevin,’ and I’m like, oh, yeah, you know, I have to remember that it’s not all about ‘oh you weren’t at the funeral.’”

Tommy said that despite their previous rift, they talk regularly now.

He also praised his 57-year-old sister for prominently including Shirley in her documentary Wendy Williams: What a Mess!

Tommy said: “She paid homage to my mother, and it’s such a celebration. It’s truly a gift she gave the family – a gift that no other person in our family could give,” adding that it was a gift “to be able to look at my mother on all those old clips of Wendy.“

Tommy revealed that he and Wendy have spoken about ideas the host has for her future when her eponymous talk show comes to an end.

He opened up following The Sun’s exclusive reporting with insiders claiming the star will never return to the show after a months-long absence following a series of health complications.

Tommy explained: “We’ve talked about different things. She’s definitely kicked around some different ideas, all of which I know she’ll be successful with, but time will tell.”

The TV star’s brother, who recently started a YouTube channel himself, said that whatever Wendy’s life looks like after TV, he is never worried about her future.

If she’s off the TV, Tommy said: “It’s not a big deal, it’s not. I can’t think of a time when I was worried about Wendy in her career. I just can’t. She’s been through so much. I’ve been there with her through so much.”

A source said that production will announce early next year that Wendy is permanently leaving her purple chair after suffering from serious health issues.

Days ago, the New Jersey native was photographed clinging to a bodyguard as she exited a treatment session at a wellness center in Miami, Florida.

The star appeared disheveled as she displayed messy hair and walked outside completely barefoot wearing only a red Versace bathrobe.

She clutched to the arm of her bodyguard – who also is her driver – as he helped her forward step by step.

While Wendy was not in too talkative of a mood, she did tell the photographer present that she is doing “fine.”

After she was asked about reports that claimed she was leaving her famed talk show for good, the New Yorker vaguely responded, “lots more Wendy stuff,” though she did not elaborate.

SHOW MUST GO ON

Just as The Wendy Williams Show announced that fan-favorite Sherri Shepherd will be the fill-in to host for the final weeks before the holiday break, an insider alleged that the unofficial new motto is “new year, new show.”

“Sherri’s to lose. She is the number one choice,” the source said of who will be cast for the highly-coveted role.

Leah Remini also guest hosted for two weeks and will be followed by Sherri- which the show insider called these upcoming stretches as “auditions.”

The source continued: “The deal will be done in the next few weeks and announced in January.

“Sherri is the frontrunner, and staff think it’s all but a done deal with her.”

The Sun previously reported that The Nick Cannon Show was possibly going to slide into Wendy’s time slot, but the source said the Masked Singer host’s ratings have been on the decline – while Wendy’s numbers are going up in spite of her longtime absence.

Wendy has previously revealed she suffers from thyroid disorder Graves’ Disease and lymphedema, which gives her swollen ankles and makes it difficult for her to walk even two blocks.

She has also admitted in the past to struggling with alcoholism and substance abuse, and last checked into rehab in 2019.

Back in September, The Sun was first to report that police received a 911 call from Wendy’s Manhattan building at 8 am about a “57-year-old female in need of psychiatric services.”

The Sun later reported that the TV personality had been “struggling with addiction” which led up to her hospitalization.

“Wendy was drinking every day, even while filming the show,” an insider previously revealed to The Sun.

As the daytime diva’s health complications continued, the popular program was postponed from its original return date of September 20, and eventually aired with a rotating cast of guest hosts. 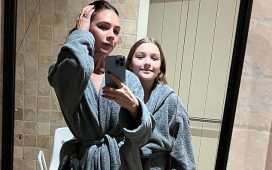 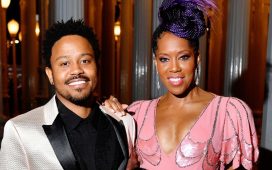 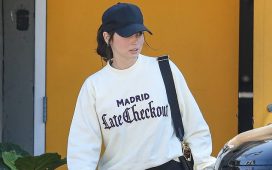 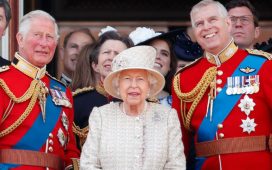