Thomas Partey is anticipating a tough clash with an in-form Manchester United side this weekend but says Arsenal are more than capable of winning if they deliver on the work they have planned, ‘fight’ tooth and nail for a result and put ‘pressure’ on Ole Gunnar Solskjaer’s side at Old Trafford.

The Red Devils are unbeaten in their last four games in all competitions and will be especially buoyed by their thumping 5-0 victory over Leipzig in the Champions League on Wednesday night.

Meanwhile, Arsenal’s form has dipped dramatically after a promising start to the season and Mikel Arteta’s men will still be hurting after their 1-0 defeat at home to Leicester City in their last Premier League match.

But despite Arsenal’s poor form, Partey is full of confidence and believes his new team can come away from the Theatre of Dreams with all three points if they deliver in three key areas.

‘If we do our work well, if we go in and fight for points, if we put a lot of pressure on them, we’ll be able to win.’

Partey lifted the lid on his emotions when he discovered that he would be making his full Premier League debut versus Leicester last weekend.

‘I could not believe it [when I found out I was starting],’ he Ghanaian added.

‘I was a bit nervous but I always get these nerves when I play most of my game, so I was like, “OK, let me keep it cool and I’ll be fine”.

‘I think we’re going to be successful. I think I’m in the team that I’m looking forward to playing for.

‘They have everything, a good manager, good players, the right mentality and the way they play is very good. It’s the best place for me.’

MORE: Arsenal star Gabriel reveals the player he ‘admires a lot’ at Liverpool 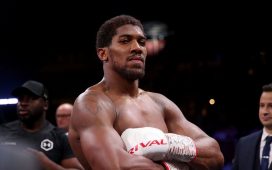