Charles Hyde has been promoted to become head of asset allocation at the NZ$58 billion ($41.04 billion) New Zealand Superannuation Fund.

He will lead construction of the fund’s reference portfolio, which comprises allocation of risk capital. He starts his role on July 1 and will report to chief investment officer Stephen Gilmore.

Hyde has spent the past six years as senior investment strategist at the fund, and replaces Alex Bacchus who has been acting head of asset allocation since January, after David Iverson took up a new role at the Accident Compensation Corp.

Before joining NZ Super, Hyde held senior positions at MIR Investment Management, CBA Institutional Equities Research and at Deloitte. He has a PhD from the University of California, Berkeley. Kim Yeoh will become chief financial officer for Asia with Sun Life, effective July 1, the company announced on June 22. Yeoh will be responsible for shaping and executing Sun Life Asia’s financial strategy to ensure sustainable stakeholder value and to achieve its growth ambitions.

She will replace Karim Gilani, who was appointed as president for International Hubs, which includes Sun Life’s businesses in Hong Kong, Singapore and BermudaYeoh is based in Hong Kong. She will report to Manjit Singh, executive vice-president and chief financial officer. She will have matrix reporting to Léo Grépin, president at Sun Life Asia, the firm told AsianInvestor.

Yeoh joined Sun Life Asia in 2017 as vice president for Asia’s asset liability management and later became chief actuary for Asia, which is her most recent position. She still holds the responsibility as Asia’s chief actuary until a successor is officially named, Sun Life told AsianInvestor. 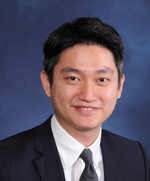 Kam joined the firm in 2014 and has been working alongside Gordon Ip for years. A spokeswoman told AsianInvestor that the fixed income deputy CIO is a newly created role and Kam’s latest title was investment director while declined to comment whether there would a replacement for his last role.

Prior to joining Value Partners, Kam worked at Investec Capital Asia where he specialised in advising listed companies on restructuring and liquidation, merger and acquisitions, and debt and equity securities issuance. 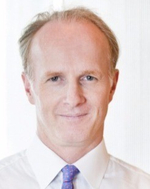 Mark Machin, who was forced to resigned as head of the Canada Pension Plan Investment Board (CPPIB) after a controversial trip Covid-19 vaccination trip in February, will join Singapore-based venture capital firm Serendipity as non-executive director. The appointment is effective August 1 and will be his first role since leaving CPPIB.

Machin took a trip to Dubai with his partner while not in connection to the fund, after Canada issued an advisory against all travel. It prompted widespread criticism, including from the Canadian government.

Although Machin remained at CPPIB until last week according to a LinkedIn post, he was replaced in February by John Graham, CPPIB’s global head of credit investments replaced him, according to the pension fund’s website.

Machin joined CPPIB in 2012. Prior to that, he spent 20 years at Goldman Sachs, most recently head of investment banking and vice-chair for Asia ex-Japan. 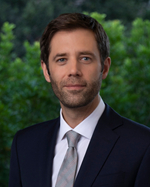 He will report to David Steinbach, global chief investment officer (CIO) at Hines. Currently based in London, Epping will be moving to New York in February 2022.

Epping previously held the role of senior managing director and fund manager for Hines’ European core fund for the past eight years and the firm will announce details on his replacement, if any, in due course, a spokesperson said.

In addition to Epping, the firm also established a new global ESG team for each regional business unit to lead its focus on furthering ESG commitments. A spokeswoman told AsianInvestor the team currently has 22 experts globally. 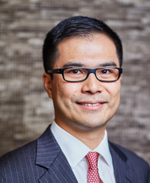 HSBC Private Banking has appointed Victor Wang as head of Asia coverage and connectivity for Emea (Europe, the Middle East and Africa. The role focuses on providing Asian clients with links to other regions.

The newly created role is based in London. There, Wang will report to Shailesh Jaiswal, the interim head of international, private banking for UK, on an entity basis, while he functionally reports to Hong Kong-based Ivan Wong, interim market head for North Asia.

With 19 years of experience at HSBC, most recently, Wang headed the China desk for the UK, Continental and International Europe. In that role he represented and worked closely with teams in Hong Kong and Mainland China as the focal point for Chinese clients. 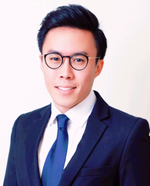 Tan is responsible for business development and client relationships in Singapore and Southeast Asia, reporting to head of Singapore Terence Bong. Bong in turn joined GAM in May 2021 in conjunction with the opening of the firm’s first Singapore office.

A spokesperson for Capital Group said the search for his replacement was underway.

Jan Low has joined M&G Real Estate as head of acquisitions for Asia, while Jody Neale joined as associate director of acquisitions, Japan, the firm announced on June 23.

Low is based in Singapore and reports to Lai Jing-dong, chief investment officer and interim chief executive for Asia. Tokyo-based Neale reports to Seiko Ikeda, director of acquisitions for Japan.

They joined M&G in the week of June 14. Low replaces Lai Jing-dong, who is now CIO and interim CEO of M&G Real Estate Asia, whereas Neale’s role is newly created, M&G told AsianInvestor.

Low is responsible for leading the firm’s real estate acquisition activities, including sourcing and execution of core and value-add transactions across our key markets in Asia Pacific. Neale’s new role focuses primarily on investment opportunities and activities in Japan, including leading the sourcing and execution of both on and off-market transactions. 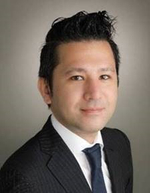 Low was most recently the head of principal finance, Asia, at Macquarie Bank. The bank declined to comment on who takes over Low’s position. He also held senior positions at Morgan Stanley Real Estate Investing.

Neale was a partner at Conray before joining M&G. Conray could not be reached for comments. Prior to that, he held senior positions at Goldman Sachs, AMP KK, Deutsche Bank and Secured Capital Japan. 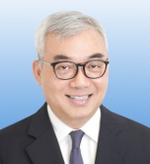 Lo joined EFG on June 7 in this newly created role, the private bank told AsianInvestor. Lo has over 35 years of industry experience. He joined from Credit Agricole Indosuez in Hong Kong, where he served as deputy CEO and commercial head, North Asia, since 2017.

EFG Hong Kong also hired eight new client relationship officers (CRO), including Michelle Wu as team head and managing director. She joined on June 7 and will be supported by Ben Chu in the role of managing director, and Ashis Sengupta and Ernest Cheung as directors.

Wu will report to Richard Straus, head of private banking. Wu previously served as private banking team head at Credit Agricole Indosuez in Hong Kong. The firm declined to comment on both Lo and Wu’s departure. 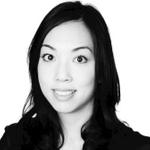 Sano previously worked for Nomura Group, where he held various management positions since 2001, including head of wealth management and head of China business strategy at its Asian branches.

Both Sano and Wu’s positions are new additions, the bank told AsianInvestor.