NEWSCABAL > health > ‘We spoon-feed audiences too much’: behind the creation of Wakefield, ABC’s lauded new drama
health

‘We spoon-feed audiences too much’: behind the creation of Wakefield, ABC’s lauded new drama


Kristen Dunphy was met with blank stares when she first pitched Wakefield. It’s a mystery, but it’s not about a crime. It’s a drama, but it’s full of singing and tap-dancing. It’s an intricate patchwork of stories and looping timelines about trauma and mental illness, and it’s frequently soundtracked by Dexys Midnight Runners’ 80s hit, Come On Eileen.

“It all did look a bit crazy,” the veteran screenwriter says.

Dunphy started writing the series after winning a prestigious Foxtel fellowship back in 2012, but Foxtel wasn’t interested in the resulting project. “It was extremely difficult to sell,” she says. “They said I should take it to ABC Comedy, which I didn’t. Because it’s definitely not a comedy.

“I guess people just got very concerned like ‘What’s it about?’ My answer was: ‘It’s about emotion.’ And that often went down like a lead balloon.”

Close to a decade later, Wakefield has gone down far better with audiences. The entire series premiered on ABC iView over the Easter break to rave reviews. It’s been lauded as “an original and complex portrayal of mental health” and “one of the best things Australian TV’s ever made”. Guardian’s Australia’s film and TV critic Luke Buckmaster said he finished the final episode on the verge of tears.

Dunphy is grateful for the praise, but it’s the personal messages she’s getting that have been the most meaningful. People are reaching out via Facebook and email, sharing their own mental health challenges and expressing their gratitude for the show’s compassionate lens on people in psychiatric care. It’s a long way from One Flew Over the Cuckoo’s Nest.

“This huge effort all feels worth it now,” she says. “I have been in hospital myself, a number of times … But you don’t need to have been in a facility or be diagnosed with an issue [to connect with the show]. A lot of these stories are really just exaggerations of things we’ve all experienced.”

Wakefield’s plot follows the experiences of people both giving and receiving care at a psychiatric hospital in the Blue Mountains. The patients include Ivy (Megan Smart), a young mother working through postnatal depression; and James (Dan Wyllie), a businessman anxiously trying to keep up appearances with his partners overseas. Nik (Rudi Dharmalingam) is the best nurse on staff, but he has a song stuck in his head. The 80s earworm burrows deep in his mind, unearthing confusing memories and inspiring surreal musical set pieces that culminate in a thrilling final episode (no spoilers).

At its heart this is Nik’s story but, as Dunphy insisted, it’s really about emotion: what it looks like, where it takes us, and how it can wreak havoc on anyone.

Director Jocelyn Moorhouse (Stateless, The Dressmaker) was a key part of the creative team challenged to bring that vision to life. What would depression look like if you could step inside someone’s mind? What about mania? Or anxiety? Or happiness? Told from multiple and overlapping perspectives, Wakefield frequently blurs the boundaries of reality, daydreams and psychosis.

“We tried to have really distinctive points of view,” Moorhouse says. “We wanted to be quite cinematic and that’s something that cinema is perfect for: to create states of mind.

“With the story of the new mother, we wanted everything to be very oppressive,” she explains. “The camera was very close to her, and objects would fence her in … When I did [James’ story], a lot of it was handheld and frenetic because we knew he was feeling slightly unstable.”

For inspiration, Moorhouse looked to films including Lars von Trier’s Breaking the Waves and Julian Schnabel’s The Diving Bell and the Butterfly – these are both works in which characters are hurt in some way, confined within the limits of their bodies.

In one of Wakefield’s most visually striking moments, James’ mind retreats into the remnants of the 2019-20 bushfires. “It was like his black soul wandering around in this black forest,” Dunphy says, praising the team’s direction and cinematography.

“It’s a subject very close to my heart,” Moorhouse says, speaking about the show’s varied exploration of mental health. “Having suffered depression myself in the past, I know how difficult it is when you’re stuck inside your own head and your mind is telling you things that aren’t really true.”

She’s quick to note, however, that Wakefield is “not just a bunch of sad stories”. “It’s actually quite a hopeful show because of the amount of compassion that’s in it.” The singing and dancing certainly offers some lightness too.

“I know how much joy beautiful choreography and the right song can create … In a way, [Nik’s musical scenes show] the resilience that hopefully we all have inside us that can help us heal.”

But these bursts of surreal joy – inspired by Dennis Hopper’s 1986 classic The Singing Detective – were actually one of the hardest things for Dunphy to initially sell.

“The people who are spending the money want to make sure [a show’s] not going to alienate an audience,” Moorhouse explains. “But I feel that what’s going on in television right now – and especially in streaming – is so exciting, and so much more exciting than a lot of movies being made. I think audiences are ready and interested to see unusual stories.”

Notably, Wakefield is the first ABC drama to premiere in full on iView before airing on ABC TV.

“I had to fight pretty hard,” Dunphy says, proud of her complex creation and grateful for the eventual support from the ABC. “I feel like in Australian drama we spoon-feed audiences too much [but] audiences are quite sophisticated … and they’re bingeing shows from other countries that don’t underestimate their audience.

“For me, Wakefield is just such a win.”

Wakefield is available to binge in full now, on ABC iView, and will air weekly on ABC TV from Sunday 18 April 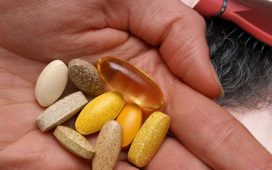 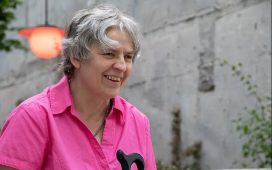 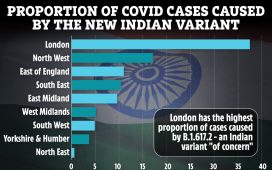